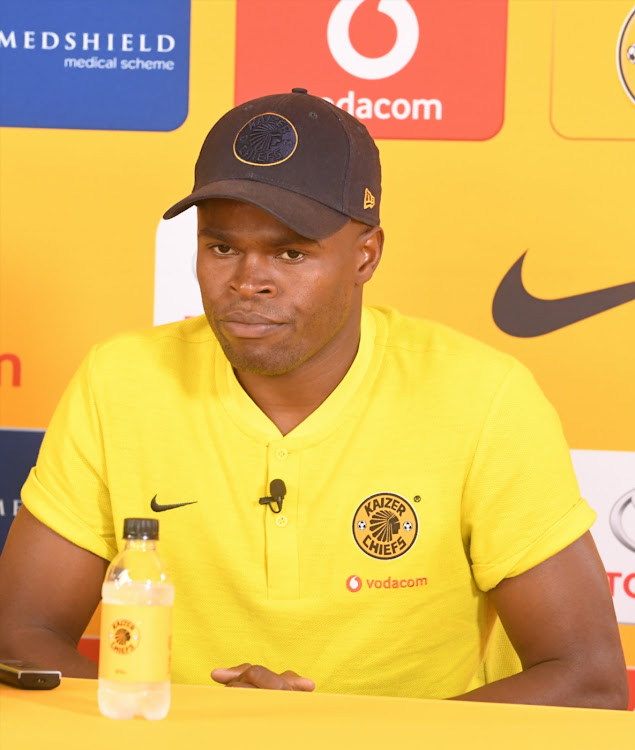 Willard Katsande says Ernst Middendorp and Shaun Bartlett have brought a better structure to Chiefs‚ better training‚ a cleverer gameplan and better man-management –all of which account for the improvement in Amakhosi’s play recently.

Players do not enjoy being asked to compare coaches.

But when it is put to Katsande how obvious the the difference has been from the nervy‚ unpredictable tenure of the coach Chiefs started the season with‚ Giovanni Solinas; to the immediate improvement in structure‚ plan and direction under Middendorp‚ Chiefs’ stand-in captain opens up.

“I think it’s a matter of confidence. The technical team came – they have instilled confidence in the players‚” Katsande said this week as Chiefs prepared to try to overcome a 3-1 away leg deficit when they host Zesco United in the second leg of their Caf Confederation Cup playoff round tie at FNB Stadium on Saturday night (kickoff 8pm).

“They actually give us the diagram of how they want everybody to perform. And they say that they are not going to limit us – as long as we perform within the structure.

“Which is very important‚ because each player gets freedom. And you can see by the way that we are training and playing that there is energy‚ and there is happiness.”

Chiefs‚ who had lost their way under muddled Italian Solinas with one win in five games‚ have gone on to five wins and two defeats from seven matches.

An improvement in results aside‚ though‚ Amakhosi have looked better drilled‚ more confident‚ with an apparent greater faith in the gameplan‚ and better organised – all of which has made them far tougher to beat.

“They [Middendorp and Bartlett] give us the structure‚” combatant defensive midfielder Katsande said.

“And they will tell you‚ ‘Think around the structure. What do you think?’. They want to hear your submission.

“So it’s nicer. It makes the players express themselves. Because we have so many talented players who are doing well at the moment‚ and are benefiting out of that.

“We trust the process. We can’t say we are there yet but we are improving as each game comes.

“Also every day at training we learn. I think it’s helping us to put everything into our DNA‚ to understand what the coach wants.

“Because he’s a guy who opens the door direct and comes to you to say‚ ‘What do you think?’

“You submit your opinion‚ he submits his‚ and then you find a common ground. I think it’s helping us a lot.

“And also to manage your players‚ to put some energy‚ is good. When you feel like everything is down‚ and then you inject a bit of energy‚ then the players always want to be on top.

“So I think we are heading in the right direction‚ though there is room for improvement.”

Chiefs’ heaviest defeat under Middendorp came against dynamic Zesco in Ndola. It will take a clever gameplan from the coach‚ and solid application from his players‚ to overcome the 3-1 deficit.

The winners from the playoff round‚ which Zesco entered as first round Champions League losers‚ reach the group phase.