Micho looks for improvement from Pirates' 3-0 win against Horoya 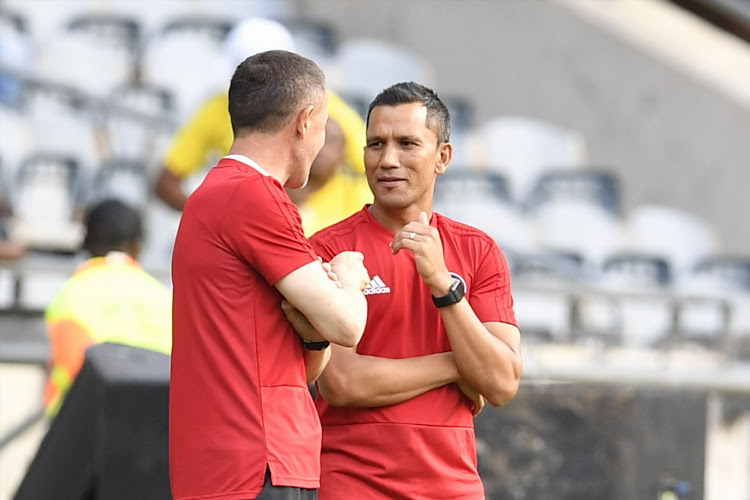 Orlando Pirates’ 3-0 victory over Horoya AC was not as easy as the scoreline suggested.

That’s the view of Bucs coach Milutin Sredojevic who saw his side being frustrated before they found the gap to open the scoring via Thembinkosi Lorch on the stroke of half time.

Justin Shonga’s second-half brace sealed the Buccaneers’ first Group B victory in a Caf Champions League fixture against a tricky Guinean team who had never tasted a loss against South African sides before in Caf competitions.

“We owed it to our supporters to fully concentrate and win this match‚” said the Pirates coach.

“We had good preparation and we knew that we were playing a good team that was coming to South Africa for a third consecutive year with two draws before against SuperSport United and Mamelodi Sundowns.

“The match was not as easy as the result is showing.

“We were great defensively because this team has scored nine goals and almost all goals they had scored had been from inside the box.

“When you have that in mind you need to focus in defending in front of the box‚ defending the balls entering the box.

“I believe that we defended very well and we cut the opportunities for the opponent to hurt us in that aspect.”

The Bucs coach thought going to half time with a 1-0 lead was key to their success.

“I want to give credit to the pass of [Xola] Mlambo to find Lorch for the opening goal.

“That goal was scored at the right time and in the critical phase of the game.

“At half time we discussed where more openings could come and we went to the second half with the mentality of not to defend but to go for more goals.”

But when those goals were not forthcoming‚ Sredojevic introduced attacking midfielder Linda Mntambo for striker Augustine Mulenga with 20 minutes to go.

“We felt as the technical team that we need to put one more midfielder to strengthen the partnership of Mlambo and [Musa] Nyatama.

“We introduced ‘Figo’ [Mntambo] and with his first touch he provided a killer pass for Shonga to score his first goal.

“Scoring the third was just cherry on top of the cake.

“I’m happy that we kept a clean sheet but far from being happy with everything because as a team we still have room to improve.”

After Friday’s win Bucs will fancy their chances of going through to the last eight if they can earn another three points against the reigning champions Esperance‚ who will visit them on February 2.

Esperance trail Bucs on goal difference in Group B after beating Zimbabwean outfit FC Platinum 2-0 in Tunis on Friday.

Pirates began with a 0-0 draw away against Platinum in Bulawayo last weekend.