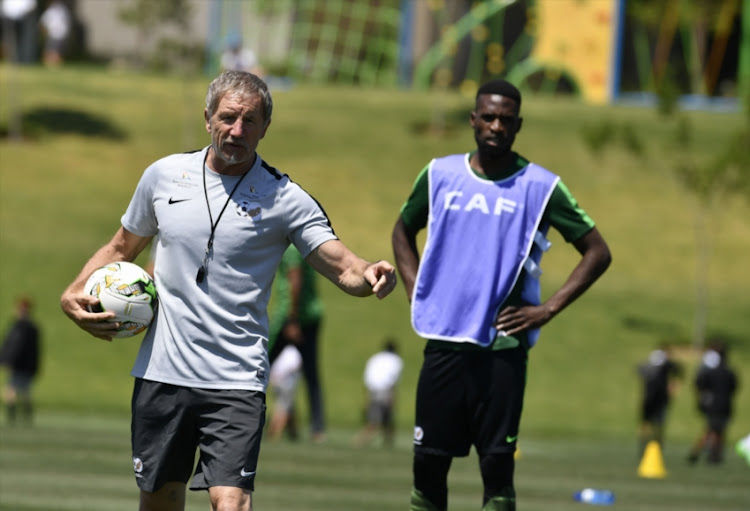 It is a competition that has been derided by the Confederation of African Football’s (Caf) top brass‚ is played outside the international calendar‚ cheapens the concept of a national team and carries no prestige.

Yet the African Nations Championship is going ahead – and South Africa have again entered the preliminaries for the 2020 tournament in Ethiopia.

Chan‚ as it is better known‚ is for quasi-national sides‚ made up of home-based players only.

These days Chan matches are accorded full A international status by Fifa‚ therefore contributing to determining the monthly rankings and also handing out cheap caps to players who ordinarily would not come close to playing for their country.

In most of the major African football-playing countries‚ league programmes are halted to allow strong local selections to be picked for the Chan qualifiers‚ even though they are outside of the regular window determined by Fifa for international matches.

But in South Africa‚ the Premier Soccer League (PSL) – who struggle to fit in all their own league and cup commitments into the season – ignore Chan and leave the South African team devoid of the best locally-based talent. Instead Bafana are forced to rely on players who are out of contract or unable to get into their own first team squads.

This deeply retards the Bafana brand and cheapens the honour and achievement of playing international football‚ yet the South African Football Association (Safa) have again entered a team in the preliminaries for the 2020 finals in Ethiopia.

The draw for the qualifiers have been released by Caf with South Africa to play against Lesotho in their first round tie and then‚ if they advance to the last round of the qualifiers‚ face another two-legged tie against either Mauritius or Zimbabwe.

Caf are still to set up the schedule but the qualifying matches are likely to take place between August and October with the 16-team finals in Ethiopia at the start of next year.

This is the sixth edition of Chan‚ introduced by former Caf president Issa Hayatou to give smaller countries more international exposure‚ but his successor Ahmad has called the competition a waste of time.

However there have been no moves yet to remove it from the Caf calendar.

South Africa qualified for the Chan 2011 finals in the Sudan‚ where a rag-tag team got as far as the quarterfinals.

In 2014‚ Cape Town and Polokwane hosted the event with coach Gordon Igesund also having to pick players who were not needed by their clubs and South Africa did not make it out of the group stage.

South Africa failed to qualify for the last two Chan finals in Rwanda in 2016 and Morocco last year.