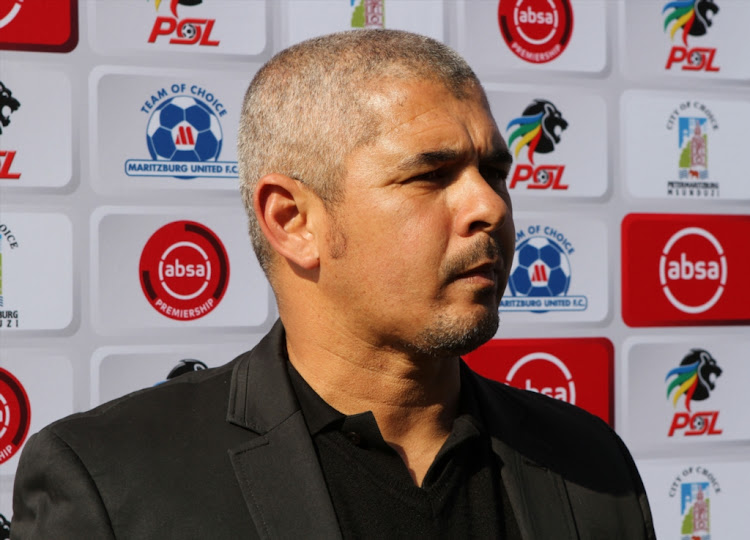 Chippa United will be in high spirits‚ buoyed by recent success and with the ‘feelgood’ factor back‚ says new coach Clinton Larsen as they face a vital relegation dogfight in Polokwane on Sunday.

Chippa go into the game against Baroka FC at the Peter Mokaba Stadium still second from bottom‚ even though they won over Maritzburg United in Larsen’s first match in charge and then followed it up with a cup shock over champions Mamelodi Sundowns last weekend.

Chippa have 15 points from 18 games‚ just one less than Baroka who are two places above them in 13th spot.

Victory is vital to both teams but while Baroka have won only once in their last 10 outings – and were bundled out of the cup by lower league opponents Jomo Cosmos on Tuesday – Chippa are showing signs of a resurgence under their fourth coach of the season.

Larsen follows in the footsteps of Dan Malesela‚ Eric Tinkler and Joel Masutha at the Port Elizabeth-based club in this season alone but unlike the other three has got off to a winning start.

Last Saturday’s last gasp victory over Sundowns‚ said Larsen‚ had allowed the players to walk around the city “proud of wearing this Chippa jersey”.

“After two successive wins‚ you can see the feelgood factor is back‚ which was long missing.

“Importantly‚ it just gives us a bit of momentum going forward.

“Our eye is on the prize‚ which for us is getting out of the bottom four‚ which we plan to do.

“Beating a team like Sundowns gives us great confidence.

"We had our backs to the wall at times against Sundowns but our defence showed great tenacity and credit must go to our players as well.

Chippa’s match against Baroka on Sunday is then followed by another key away game against Free State Stars‚ who are one place and one point above them in the standings.

Mzansi is devasted by Wiseman Meyiwa's retirement from soccer

Twitter was flooded with heartfelt messages of support as news of Wiseman Meyiwa’s retirement from soccer broke on Thursday.
Sport
3 years ago

It is a competition that has been derided by the Confederation of African Football’s (Caf) top brass‚ is played outside the international calendar‚ ...
Sport
3 years ago

Siphesihle Mkhize scored a vital equaliser for South Africa as they came from behind to secure a 1-1 draw against hosts Niger in their opening Group ...
Sport
3 years ago