Orlando Pirates aware they’ve made life difficult for themselves 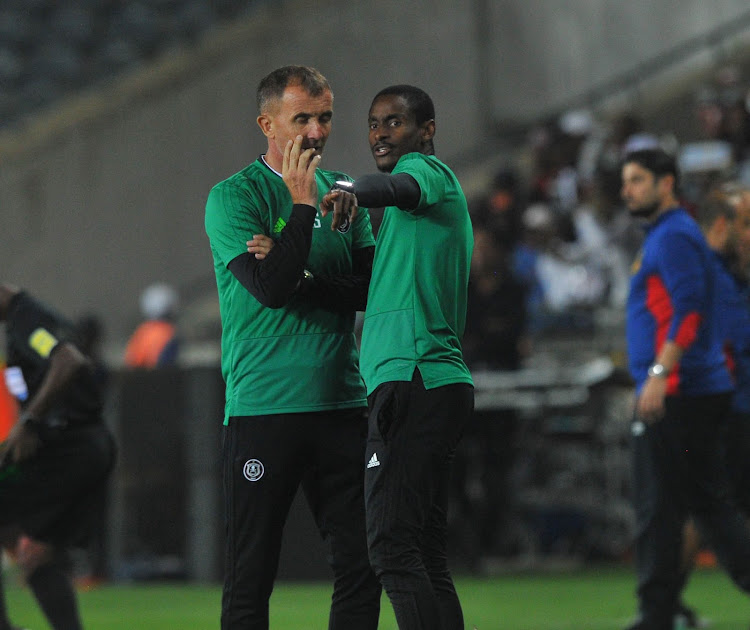 Orlando Pirates are aware that by not being able to beat Esperance de Tunis in Saturday night's 0-0 draw at Orlando Stadium‚ they have made life that margin tougher for themselves to progress past Group B in the Caf Champions League.

Bucs coach Milutin Sredojevic expressed his regret that his team‚ managing to dominate against the defending champions‚ could not create a few more chances‚ and also could not profit from the some clear opportunities that they did manufacture against the excellently organised north Africans.

Sredojevic will be aware that Pirates‚ even though they retained top spot on goal difference from the Tunisian giants‚ are left with a tough expedition to Tunis‚ even if Esperance must play in front of a closed stadium due to a two-match crowd ban‚ on February 12.

Bucs will be happy to get a point out of that game.

They should manage three points on March 8 at home to Zimbabwe's FC Platinum‚ who are yet to win a game.

Local fans had a fun-filled day on Monday after Italian heavyweights AS Roma acknowledged South African giants Kaizer Chiefs as their “Twitter Team ...
Sport
3 years ago

Then they may need a point away against Guinea's Horoya in their final game on March 16 to progress‚ depending how the group pans out.

Sredojevic said Saturday night's clash‚ Pirates stroking the ball around smoothly against classy Esperance‚ was a "game of chess".

"We played a very good team. They knew us well. And they set up exactly to match us in areas where we are strong‚" Bucs' coach said.

"In that way it was not just a football game‚ it was a tactical game of chess; where we had three-on-three in the midfield‚ where they had two wingers wide and leading striker trying towards our goal‚ and we had three players going towards their goal.

"We believe that in buildup‚ domination and entering into the last third‚ we really played a game. And this was also serving us as a way of defending - defending by possessing the ball.

"However we missed a few vertical passes that could have provided a few more chances. We still created‚ but not enough.

Orlando Pirates beef up their squad

Orlando Pirates have added three players to their Caf Champions League squad ahead of their Group B game against defending champions Esperance de ...
Sport
3 years ago

"It is a bitter feeling that we played very well against a very good team‚ but that important factor of scoring a goal was not there.

Before travelling to Tunisia Pirates have Saturday's Absa Premiership Soweto derby against Kaizer Chiefs at FNB Stadium to negotiate.

"Now we need to go back and plan for the derby‚ and to plan for the return leg in Tunis‚ where all the outside factors in terms of weather‚ the field and other issues will be in favour of the opponents‚" Sredojevic said.

"There is a regret on why we did not use those factors of our weather‚ our supporters‚ our field‚ which were in our favour‚ here."