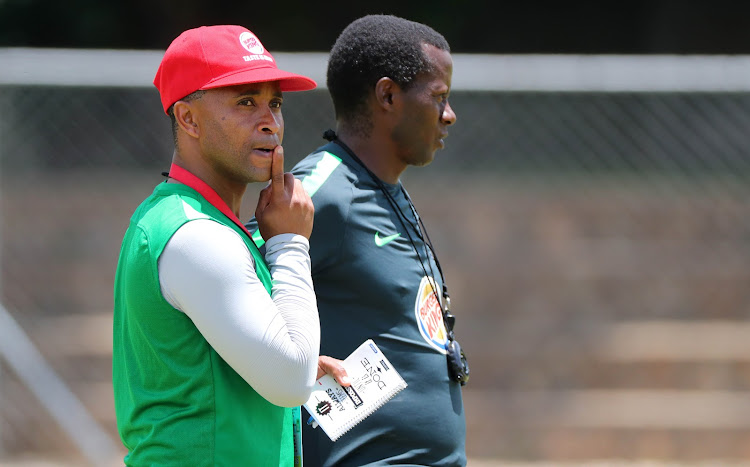 South Africa coach Thabo Senong is bracing for a tactical battle against old foes Nigeria as his side seeks to take a step closer to the semifinals of the African Under-20 Championships in Niamey on Tuesday.

Amajita drew their Group A opener with hosts Niger 1-1 but now face a much tougher opponent in the Nigerians‚ who breezed to a 2-0 success over Burundi in the other pool match.

"We are in a very tough group‚ we saw Nigeria had a very good start and won their first match convincingly‚” Senong admitted‚ adding his side had to look at themselves first before the opposition in their second game.

"We have to cut out the mistakes we made against Niger to increase our chances.

"Hopefully we can have a better game. We are playing a very tough team‚ our players need to be switched on mentally to get a good result."

Amajita were noticeably second-best in the physical contest against Niger on Saturday‚ unable to handle the power of the west Africans.

Nigeria are from a similar part of the continent‚ but Senong believes Tuesday’s game will be more technical than physical‚ and will be decided by who uses the ball better.

"It is going to be a technical game‚ all of Nigeria's players are good on the ball‚” he said.

“We are also good on the ball though‚ so it will be a good match. The team that makes more mistakes will lose the game‚ so we must focus on limiting ours.”

Senong has moulded the style of play for Amajita over the last few years‚ which led to them qualifying for the 2017 FIFA Under-20 World Cup.

He is satisfied that they have the right formula for success‚ but says there is a number of factors that will determine how they go in this competition – not all related to the pitch.

"We have played a lot of games building up to this tournament. We have had some losses‚ we have had some wins. We cannot change our way of playing now that we are in Niger.

"We have a way of playing‚ we are very organised when we attack and when we defend.

“But we need to be cautious as we are playing against a very good team with good individuals. It will depend on the mentality and the heart of our players.

“We must focus on our strengths and hope to get a result out of this match.”

South Africa beat Nigeria 2-1 thanks to goals from Ace Bhengu and George Maluleka in the group stages at the 2009 Africa Under-20 Championships‚ before losing to the same side in the bronze medal match.

Those are the only two times they have met at the continental finals.

The top two teams in each pool advance to the semifinals‚ which in turn seals a ticket to the World Cup in Poland in May.

The match against Nigeria kicks off at 17h30 South African time. It is followed by a final Group A game against Burundi on Friday.