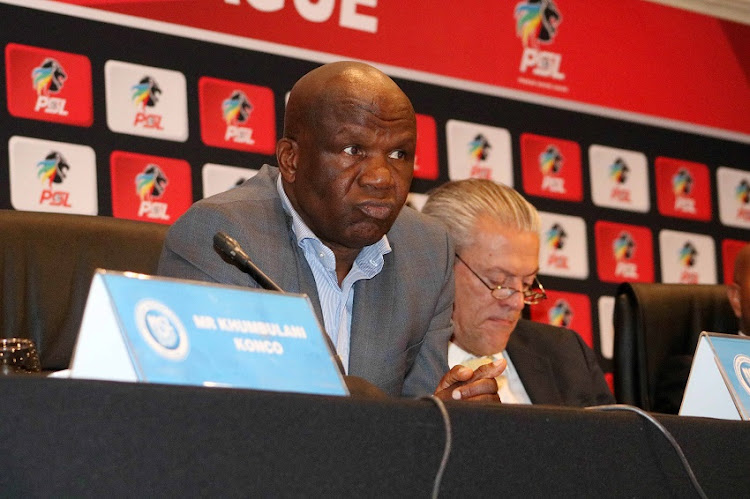 Black Leopards owner David Thidiela has been banned from football for a year and slapped with a R1 million fine as punishment for the rant he directed at referee Victor Hlungwani that included apparent threats and tribal references last year.

The Premier Soccer League (PSL) disciplinary hearing found him guilty of bringing the league into disrepute after the tirade he directed Hlungwani following an Absa Premiership match between Leopards and Bloemfontein Celtic in Thohoyandou in September‚ a game his side lost 1-0.

Tendani Thidiela‚ a spokesperson for his dad David‚ confirmed that the Limpopo-based club received a letter from the PSL confirming the decision taken against the club boss.

“We received communication from the DRC (PSL’s Dispute Resolution Chamber) but before we offer our official response we want our legal representatives and everyone concerned to go over it before we know our right of recourse‚” said Tendani.

“The letter was received a short while ago and obviously as a board we know that this has higher consequences for the club‚ employees and the community.

“It’s not something we can just mull over for an hour and release a statement because it doesn’t just involve the chairman. It involves the club and the community and the family.”

The latest punishment comes after Thidiela was also removed from PSL’s executive committee.

The Leopards boss further angered the league’s executives when he wrote a scathing letter about the PSL and its chairman Irvin Khoza in December last year.

In that letter Thidiela asked for the establishment of a commission of inquiry into the way the PSL was being run‚ questioning whether Khoza was the right man to the lead the league or not.

The firebrand soccer boss added that the PSL was in need of a leader and “more than one man” to make decisions.

But the sanction handed to Thidiela on Tuesday is only pertaining to the conduct he discharged against Hlungwani and does not involve the utterances he made in the letter.

The PSL is yet to formally deal with that issue.

He confirmed that the sanction is only related to Thidiela’s offense against Hlungwani.