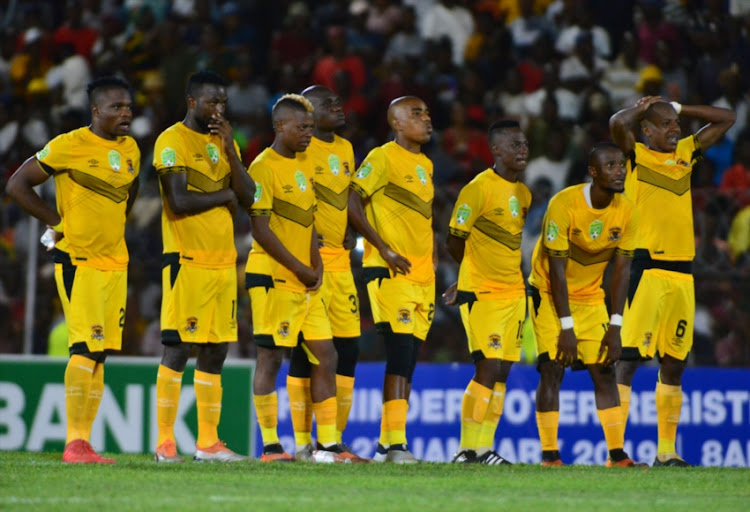 Black Leopards’ coach Dylan Ker is hoping for a positive reaction from his players to their drubbing in Bloemfontein on Sunday when they take on champions Mamelodi Sundowns in a catch-up Premier Soccer League fixture at Loftus Versfeld in Pretoria on Wednesday night.

Leopards let slip a six match unbeaten run since the arrival of the new coach as they lost 3-0 to Bloemfontein Celtic‚ just days after Kerr had been named Coach of the Month and striker Mwape Musonda had taken the Absa Premiership’s Player of the Month award.

“I want to see a reaction from our disappointing display against Celtic but also the fact that we spoilt our run of six (unbeaten) games because we thought we weren’t going to lose.

“We got blasé about it and the players have said to me since‚ ‘we thought we were unbeatable’.

“But I warned them before the game that football has a nasty habit of biting you where it hurts and if you go into any game thinking you are better than you are‚ you will get a very big shock and we got a big shock.

“I’ve said to the players that the disappointing thing is that we leave the good things we’ve done behind on the training ground and don’t take them onto the field‚” Kerr added.

“We have some excellent commitment‚ that never want to lose attitude that we need to bring from training to the pitch.”

“I don’t want to change our style of play‚ with our ethos‚ the way we play or even with the squad or even the starting XI‚ unless I have to because of suspension‚” he said.

“I want to give the opportunity to the players to show a response not only to themselves but to the supporters too.

"The players are hurting after that trip to Bloemfontein.”

The Leopards coach‚ who joined from Kenyan club Gor Mahia in November‚ suggested Sundowns would be hurting too after their long-standing unbeaten run in the league was ended by AmaZulu last week.

“It was a proud record for them so they must be itching to come back too.”

For Sundowns it will be a ninth game since the turn of the year – effectively all in the space of 30 days – a fact all too often highlighted by coach Pitso Mosimane.

“When I was at Gor Mahia we played three times a week for two months so I can understand Pitso’s concerns because tiredness makes you susceptible to injuries‚ it can hinder your performance as an individual or as a team‚” added Kerr.

“I do know what he is going through but he has much more strength in depth‚ much better quality on paper.”