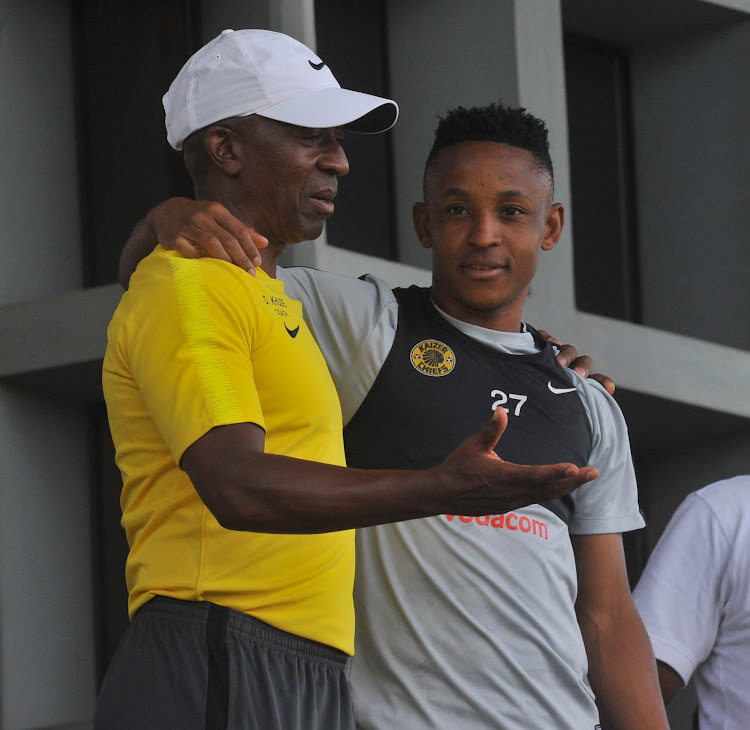 Kaizer Chiefs legend Donald “Ace” Khuse has revealed that when he was first signed to play professional football for Orlando Pirates in 1983 he earned R150 a month.

Khuse‚ now involved in Chiefs’ development coaching structures‚ then disclosed the staggeringly minor salaries he was paid in the 1980s playing for Mamelodi Sundowns and then Chiefs into the early 1990s.

However‚ Khuse said ahead of Saturday’s Absa Premiership Soweto derby between Amakhosi and Pirates at FNB Stadium that players in those days were not concerned with money‚ but with entertaining football spectators.

Comparing today’s players from those of his time‚ Khuse said: “I had so much to prove to people that I knew the game‚ and I loved the game so much that I didn’t care about how much I was earning.

Kaizer Chiefs legend Donald “Ace” Khuse has recalled how he was “stolen” from under the noses of Amakhosi in 1983 to be signed by Orlando Pirates.
Sport
3 years ago

“I could tell you‚ ‘I was earning so much‚ but you wouldn’t believe it.”

Khuse was asked how much.

“When I came in at Pirates [it was] R150. After a year they gave me R250. Until I left Pirates I was earning that amount.

“But I didn’t care about money. What I was interested in was to make people happy‚ and to try to do my best and perform in every game.

The Premier Soccer League is to shortly make a decision on a request from the South African Football Association to postpone games ahead of the vital ...
Sport
3 years ago

“We were dedicated and wanted to make sure that we made the people happy whenever we were in the field of play.”

He would have earned a decent retirement package at the tail end of his playing career turning out for Genclerbirligi and Antalyaspor in Turkey from 1993 until 1997.