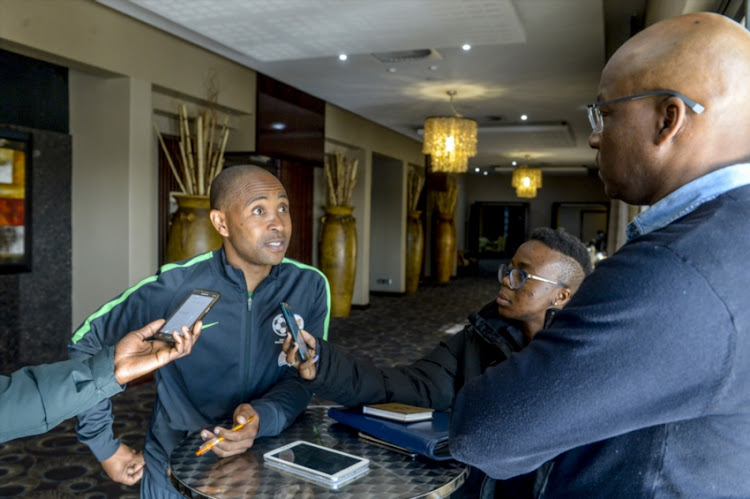 Coach Thabo Senong admits his side must go back to training to find the right formula to score goals as they prepare for a final Group A clash against Burundi on Friday at the 2019 African Under-20 Championships in Niger.

Amajita have started their tournament with two credible draws‚ 1-1 against Niger and 0-0 versus Nigeria‚ but now could be faced with needing to beat Burundi in their final clash in order to qualify for the semi-finals‚ which in turn would book them a place at the FIFA Under-20 World Cup in Poland in May.

The side will be assured of progression with a victory‚ while a draw will only be enough if Nigeria defeat Niger in the other Group A clash on Friday.

Amajita looked defensively sound against the Nigerians on Tuesday‚ but offered very little in attack‚ which is a concern going into a game where scoring could be crucial.

"We had two objectives‚ not to concede‚ which we achieved‚ but we also hoped that we would score‚” Senong said.

“But we played against a well-oiled team that are very aggressive and did not give us space to play.

"We are disappointed and can say we did not work hard enough to score a goal. But we have to move forward and think about Burundi‚ because as I said previously‚ we are in a tough group.

"All the games are tight and we will have to work hard to get a result.”

With the likes of key striker Lyle Foster not released by French club Monaco‚ Senong has been left short up front and so it is perhaps not surprising that the team has focused on defensive organisation instead.

“Our game-plan every match is to make sure we keep it solid in defence and keep it tight‚ which is very important.

"But you can see that we are limited in attack compared to other teams like Niger and Nigeria‚ they are very mobile.

"Some of our strikers were not released‚ but I still believe we will have a good plan against Burundi. It won't be easy but we will have to work hard to create more chances.

"We have to come up with ideas to score goals. It is the team's responsibility to score‚ and we need to find the back of the bet if we want to be part of the tournament going forward.”