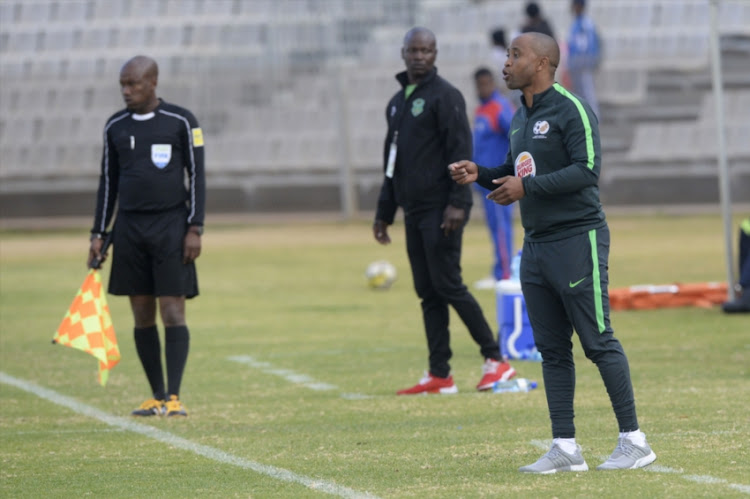 An early penalty from Luke le Roux sealed the victory for Amajita‚ who had to weather a storm from the Burundians.
Image: Lee Warren/Gallo Images

South Africa sealed their place at the 2019 Fifa Under-20 World Cup after reaching the knockout stages of the Caf U-20 Africa Cup of Nations with a 1-0 victory over Burundi at Stade de Maradi in Maradi‚ Niger on Friday.

An early penalty from Luke le Roux sealed the victory for Amajita‚ who had to weather a storm from the Burundians‚ and now face Senegal in the semifinals of the tournament on Wednesday.

Coach Thabo Senong’s side finished second in their Group B behind Nigeria after a win and two draws‚ but perhaps more importantly have sealed their place at the Under-20 World Cup in Poland in May‚ when he will hope to have a number of his first team players available after they were not released for this tournament.

Amajita’s campaign so far has been built on a stout defence with just a single goal conceded in their three pool matches‚ and again they had to soak up enormous pressure from their opponents.

Coach Thabo Senong admits his side must go back to training to find the right formula to score goals as they prepare for a final Group A clash ...
Sport
3 years ago

Amajita earned a penalty inside eight minutes when striker James Monyane was hacked down in the box by Burundi forward Bienvenue Kanakimana after a corner‚ and Le Roux calmly slotted the spot-kick for an early lead.

Burundi wasted an excellent chance to equalise when they picked apart the home defence‚ but Cedric Mavugo put his shot wide with plenty of the goal to aim at.

At the other end‚ the excellent Kodisang produced a bit of magic to create some space for the shot from a very tight angle‚ with his effort parried onto the post by Burundi keeper Onesime Rukundo.

Amajita keeper Khulekani Kubheka had to make a smart save from Shabani Mabano‚ who twisted in the air to get a fine header on target‚ but the gloveman was fortunate soon afterwards when he failed to punch a corner clear and somehow the ball stayed out of the net after a goal-mouth scramble.

Kodisang went on another dazzling run into the Burundi box‚ but this time his shot was blocked‚ while Monyane had time and space to launch from 20 yards but also saw his effort strike a defender.

Burundi pressed for the equaliser and Saidi Irakose should have done better with a headed chance‚ while Selemani Moustafa flashed a shot across the face of goal.

Amajita will appear at the U-20 World Cup for a fourth time after previous showings in 1997‚ 2009 and at the last tournament in South Korea in 2017.

South Africa put in a stout defensive display as they held Nigeria to a 0-0 draw in their second Group A clash at the 2019 African Under-20 ...
Sport
3 years ago

South Africa coach Thabo Senong is bracing for a tactical battle against old foes Nigeria as his side seeks to take a step closer to the semifinals ...
Sport
3 years ago

Siphesihle Mkhize scored a vital equaliser for South Africa as they came from behind to secure a 1-1 draw against hosts Niger in their opening Group ...
Sport
3 years ago