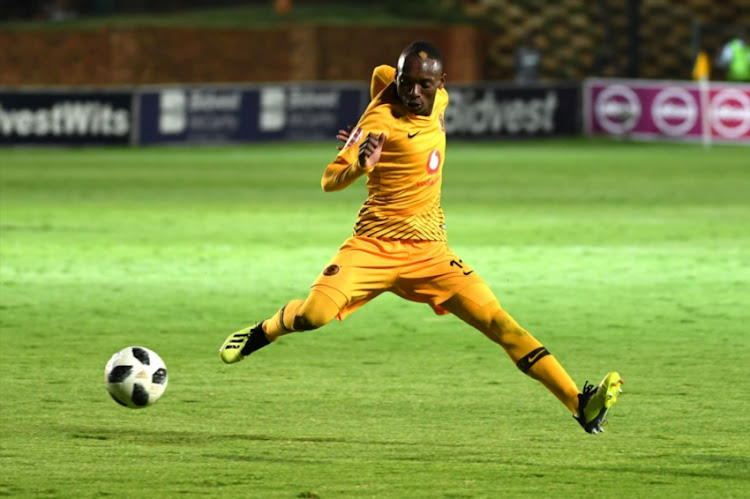 Khama Billiat is taking the responsibility of restoring Kaizer Chiefs’ dignity in his stride in yet another Soweto derby at FNB Stadium on Saturday‚ where Amakhosi dare not fall short at after three successive losses against nemesis Orlando Pirates last year.

The Zimbabwean forward joined Chiefs from Mamelodi Sundowns in June. He was part of the Amakhosi lineups who were defeated in this season’s two of the three matches Chiefs have lost to Pirates in 2018.

Making his Soweto derby debut in an Absa Premiership clash in October‚ Billiat scored the opening goal in the 15th minute only for Innocent Maela and Vincent Pule to get the winning goals for the Buccaneers‚ in what was their second successive league victory over Chiefs.

Chiefs and Pirates met again in the Telkom Knockout semifinals in Durban in November‚ and again Billiat tried his best to help Chiefs before seeing his team suffer another 2-1 loss.

In the cup defeat Billiat provided the assist to Leonardo Castro’s equaliser after Thembinkosi Lorch had opened the scoring for Pirates in a game where Justin Shonga got the 84th-minute winner for Pirates.

“For me‚ I look at it positively‚” Billiat said of the weight of expectation from the Chiefs fans who are banking on Amakhosi’s star forward to change their recent history against Bucs.

“I’m also sure that my teammates look at it positively.

“It could actually be worse and very heavy if we walk into this game without people actually expecting something from you.

“From the day you joined this club expectations are high.

“Every time you play‚ even if you play a friendly game‚ you have to do something because you are expected to perform all the time.”

Billiat agreed that Saturday’s game is not only about gaining Soweto derby bragging rights but is crucial for sixth-placed Chiefs to win to stay in the race to win the league title.

“At this moment every point is very important and we are really not in a situation where we’re allowed to actually drop points and think we still going to recover‚” he said.

“Anything can happen [in the League] but we always want to be on the safe side to collect as many points as we can.”

Chiefs will come into Saturday’s match trailing log leaders Bidvest Wits by 10 points after only collecting 27 points from a possible 57‚ 14 of them dropped under Giovanni Solinas’s tenure before the arrival of Ernst Middendorp in December.