Akpeyi starts for Kaizer Chiefs in derby‚ Bvuma on the bench 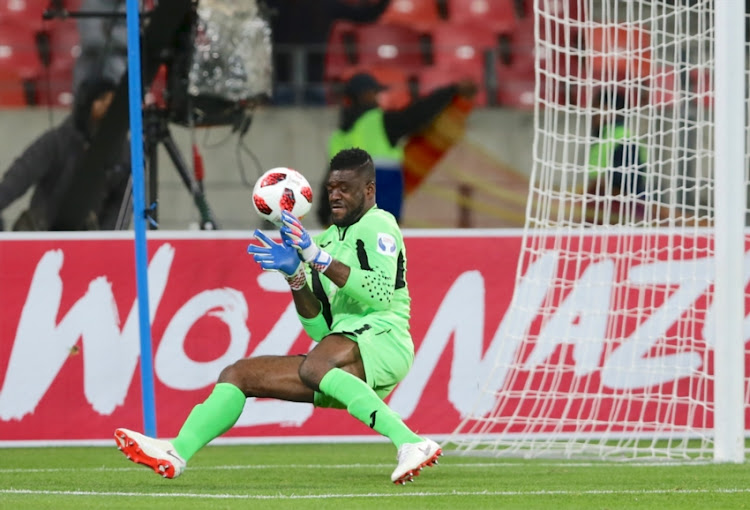 Goalkeeper Daniel Akpeyi will make his debut for Kaizer Chiefs in the Soweto derby after coach Ernst Middendorp named the Nigeria international in the starting lineup for the anticipated Absa Premiership encounter against Orlando Pirates at FNB Stadium on Saturday (kickoff 3.30pm).

Akpeyi replaces Virgil Vries‚ who has been under pressure from the fans for his costly mistakes‚ between the poles after his howler gifted Cape Town City a precious 1-0 league win over Amakhosi in their last match at home last week.

Vries did not even make the bench as Middendorp showed faith in youngster Brice Bvuma.

For the past few weeks‚ Vries has been the preferred goalkeeper in the absence of injured club captain Itumeleng Khune who has been ruled out for the rest of the season for both club and country with a shoulder injury.

Elsewhere‚ Middendorp made two other changes with George Maluleka replacing Willard Katsande and Leornardo Catro replacing midfielder Siphelele Ntshangase from the team that lost to Cape Town City in their last match.

For Pirates‚ coach Milutin Sredojević‚ he has given Wayne Sandilands another run between the sticks to after he started their last match against Esperance of Tunisia in the Caf Champions League last weekend.

The defence of Pirates‚ who are on an 11-match unbeaten run against Chiefs‚ will be marshaled by Alfred Ndengane and Happy Jele while Xola Mlambo and Musa Nyatama will be key in the midfield and Justin Shonga and Thembinkosi Lorch lead the attack.