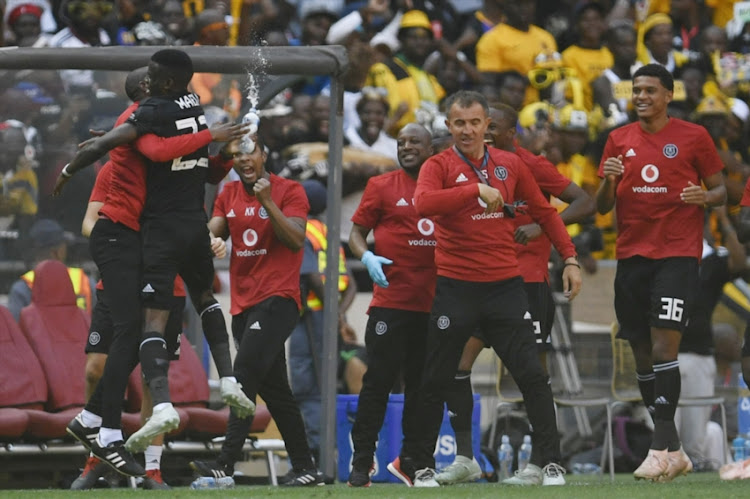 Orlando Pirates have been the dominant force in the Soweto Derby over the last few years and are on an 11-game unbeaten run against great rivals Kaizer Chiefs‚ but there is one thing they continue to find near impossible – winning away in the league.

Chiefs will be the home side when they welcome Pirates to FNB Stadium for the latest instalment in the history of the Soweto derby on Saturday afternoon‚ with both seeking victory to stay in the Absa Premiership title race.

Pirates will be favourites given their recent good run against Amakhosi‚ but having managed just a single victory in their away league fixtures against Chiefs since 2008‚ history is not on their side.

That single league win came in 2015 when they won 3-1 as Issa Sarr‚ Ayanda Gcaba and Thamsanqa Gabuza found the back of the net in a thumping victory for Eric Tinkler’s team.

But their only victory prior to that was in 2008 when they claimed a 2-0 success‚ a run of just one win in nine games since.

Contrast that with their “home” form against Chiefs in that time – even though most matches are played at the FNB Stadium‚ home or away – and they have four wins in 11 games. So it seems the psychological aspect of playing “away”‚ even at the same venue‚ has taken its toll.

That being said‚ the predominant result when Pirates are playing away is draws‚ with seven of the nine matches played since the start of 2009 ending in a stalemate.

Not that Pirates coach Milutin Sredojevic is a great believer in what has happened in the past and he expects an improved Chiefs in this latest clash.

“It’s a new dawn‚ a new start‚ a new ball-game. Whatever is behind us‚ we erased. On Saturday‚ we are playing against totally new opponents‚” Sredojevic said.

“This is a totally different ball game and different coaches. Chiefs have a point to prove after last year [losing all three derbies].

“Yes‚ it’s three points‚ but deep in the mind it’s much more. The biggest power given to us is making people happy.

“Our supporters are praying‚ supporting us‚ living life for our respective institutions. We know what this derby means to them.”

It should also be noted that Pirates have enjoyed away cup success over Chiefs in that time‚ including this season when they defeated their rivals in the semifinals of the Telkom Knockout. They also won MTN8 semifinals in 2010 and 2013.

Pirates will create a record for the longest unbeaten run in Soweto Derby matches if they do not lose on Saturday‚ taking their mark to 12. They have not lost to Chiefs since December 2014.