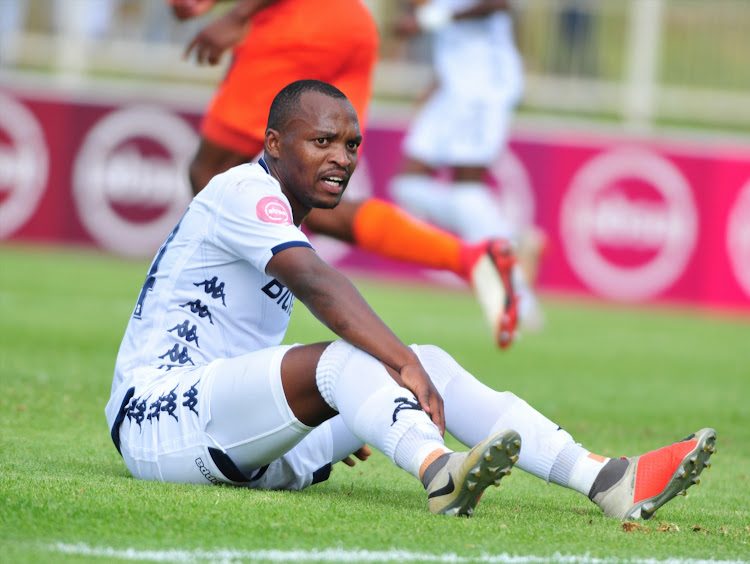 Gift Motupa will likely miss out on a chance to get back among the goals again as he is struggling with a groin injury and could miss out on BidVest Wits' away Nedbank Cup outing against Black Leopards on Wednesday.

The league leaders are also set to leave out Namibia international Deon Hotto‚ who received a knock on his knee at the weekend‚ when they travel to the second round tie in Thohoyandou.

Motupa scored against Highlands Park in Wits’ last game‚ a 2-1 league defeat at Makhulong Stadium in Tembisa on Saturday that dealt a blow to their title hopes.

It was Motupa’s sixth league goal of the season‚ putting him just two behind the top scorers in the Premier Soccer League.

Kaizer Chiefs coach Ernst Middendorp has put Hendrick Ekstein's propensity for playing a decent period of a game but making crucial errors that can ...
Sport
3 years ago

It was in the same game that Hotto picked up a knock on his knee although he played the entire 90 minutes.

There is also doubt over Frank ‘Gabadinho’ Mhango‚ who is suffering from a chest infection and is on medication‚ leaving coach Gavin Hunt to shuffle his side around.

But any major overhaul that the coach makes would not be unexpected as Hunt likes to keep both his own players and the opposition guessing with his frequent changes in team selection.

It is a return to Venda for the 54-year-old coach‚ where he made his name at the helm of Leopards in the 2001-02 season.

Leopards have a coach of similar profile now in place.

Dylan Kerr is a playing contemporary of Hunt‚ going up against him when he was a flung winger for Arcadia Shepherds and Hunt played at fullback for Hellenic.

Manchester City's on-fire striker Sergio Aguero struck his second hat-trick in a week as the champions ruthlessly destroyed woeful Chelsea in a 6-0 ...
Sport
3 years ago

Kerr has seen his side lose their last two games both by 3-0 scorelines‚ just says after being named as the coach of the month for January.

He will have midfielder Lehlohonolo Masalesa back from suspension.

Masalesa started his career at Wits eight years ago while still a teenager.

But Khuliso Mudau misses out as he serves the second game of a two-match suspension after being sent off against Bloemfontein Celtic on February 3.