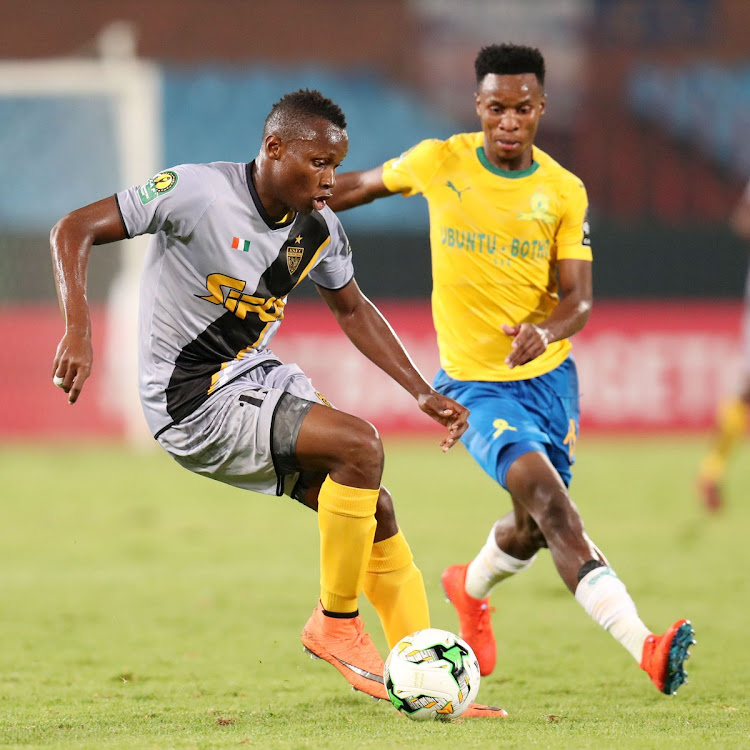 Mamelodi Sundowns coach Pitso Mosimane has said that the poor surface of the Stade Stade Felix Houphouet-Boigny is counter-productive even for home team Asec Abidjan.

Sundowns gritted out a tough 0-0 draw against Asec in 31 degrees Centigrade heat in Abidjan on Tuesday‚ but held onto the lead of Group A on seven points from four games.

In fact‚ Downs‚ who have games at home against last-placed Lobi Stars (joint on four points with Asec) and away against Wydad Casablanca left to play‚ would consider themselves favourites to top the group after Wydad (also seven points) were held to a home 0-0 draw in Morocco by Nigerian club Lobi.

Mosimane was asked after the draw against Asec in Ivory Coast‚ when he still would not have known the Wydad-Lobi result‚ if he was pleased with the outcome of his team’s match.

Mamelodi Sundowns had to battle big, physical and determined opponents in Asec Abidjan, and tough conditions too, for a 0-0 Caf Champions League draw ...
Sport
3 years ago

“Yes and no‚” Mosimane said.

“Yes because we got to seven points‚ and we got a point away from home. No because we had opportunities to score.

“As the [Asec] coach [Amani Yao Cesar] said‚ we also suffered from poor finishing. We got two chances on the counterattack‚ but we made the wrong decision to pass.

“I asked the players why we could not properly make use of the opportunities on the counterattack because Asec were desperate.

“My players complained about the surface of the pitch because when you are running at high speed the ball bounces.

The Magic FC say they have a surprise in store of Kaizer Chiefs in their Nedbank Cup Last 16 clash at the Nelson Mandela Bay Stadium on Sunday‚ and ...
Sport
3 years ago

“I think the pitch does not help Asec. Because Asec are technical‚ they pass very well.

“So the pitch does not help them. It’s very difficult.

“With the sun and the heat too‚ the conditions are difficult for anyone to come here. I don’t think Wydad will survive here.

“They also are technical. They will struggle with the ball on this field.”

Sundowns lost their first game 2-1 away against Lobi‚ then beat Wydad 2-1 and Asec 3-1‚ both at home.