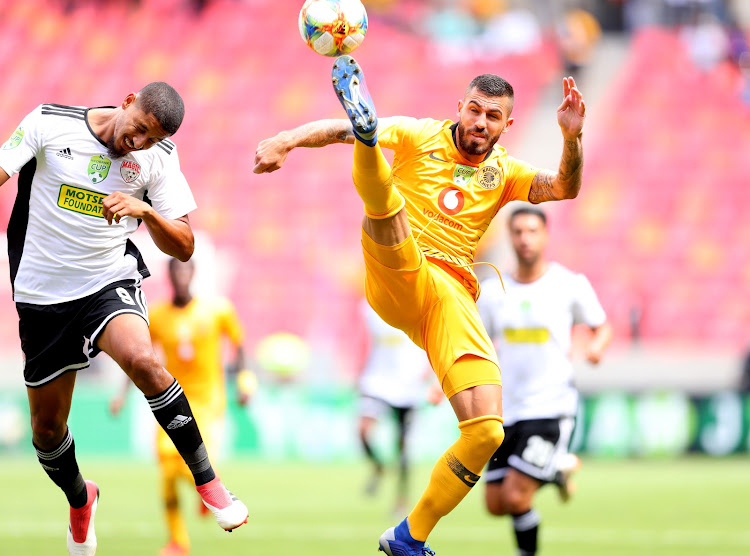 Kaizer Chiefs managed to successfully negotiate passage to the quarterfinals of the Nedbank Cup after beating ABC Motspe League side 3-0 in the Last 16 stage of the competition at the Nelson Mandela Bay Stadium on Sunday afternoon.

Cardoso's strike proved to be a good omen for the visitors as Philani Zulu and Khama Billiat also added their names to the score sheet during a flush period.

Chiefs could have easily sealed their win as early as in the first half‚ but once again their inability to put the ball in the back of the net was there for all to see against The Magic after they failed to convert several gilt-edged opportunities.

Mamelodi Sundowns are preparing to mount a strong argument for why they should not be deducted a point‚ and Bidvest Wits awarded two in the ...
Sport
2 years ago

Amakhosi dominated in the first half and pushed to get an early goal but their attempts were fruitless.

Chiefs' first strike at goals came just four minutes into the game when Happy Mashiane fired a shot from outside the eighteen area‚ but his attempt went wide.

Minutes later George Maluleka also tried his luck as they pressed for an early goal‚ but the effort also went wide.

The Cape Town side seemed to be a bit star-struck in the first 30 minutes of the game‚ but later found their feet as they were started to make forays into the Chiefs half.

However‚ they did not fire any threatening shots at Chiefs goalkeeper Bruce Bvuma.

The Magic seemed to have gained confidence in the second half after going into the break still deadlocked at 0-0.

Coach David Kannemeyer’s troops had a couple of shots on target against Chiefs but struggled to get past the AmaKhosi goalkeeper.

Billiat beat The Magic rearguard in the 74th minute of the game when he found himself one-on-one with the home side's goalkeeper‚ but the Zimbabwean star sent the ball flying over the cross bar.

In the end the Cape Town side put a brave performance against the Soweto giants and they were certainly not disgraced.