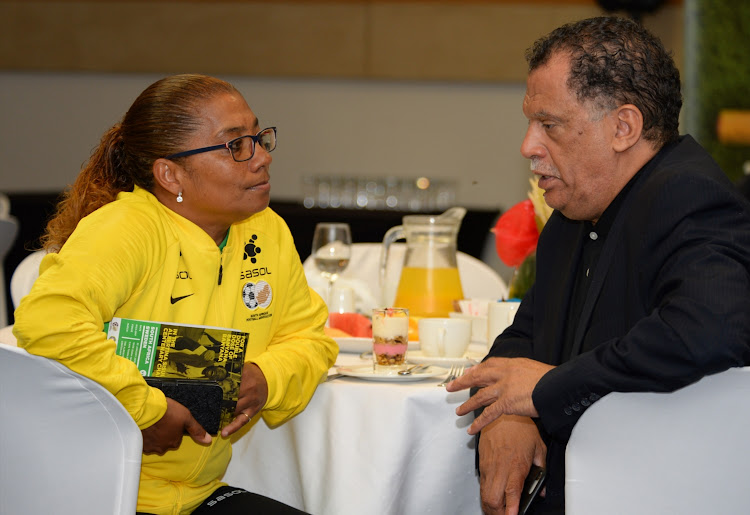 The SA Football Association (Safa) boss Danny Jordaan just two months ago said the country wanted to host the tournament in the wake of Banyana Banyana’s qualification for this year’s finals in France.

"South Africa hosted the 2010 edition and it’s now our time.”

FIFA began the process on Tuesday with a letter to all member association inviting bids for the tournament.

Denis Onyango held up his hand at the end of Mamelodi Sundowns’ draw with Polokwane City on Tuesday and apologised for the goalkeeping clanger which ...
Sport
2 years ago

South Africa will have less than a month to submit a completed expression of interest form to FIFA at the start of a bidding process that will take a year before the hosting decision is made in March next year.

That will leave the appointed host just three years to organise the tournament‚ as opposed to the minimum seven years that the hosts of the men’s World Cup get.

It also means FIFA are therefore only going to choose a country with a significant footballing infrastructure‚ giving South Africa a good chance.

Hosting the tournament in Africa would also significantly boost FIFA’s efforts to double the number of female players to 60 million by 2026.

What will count against South Africa is the perception that there will not be enough spectators.

Ayanda Patosi has run into a stumbling block in Iran with the local league refusing to register him because they assert he is not of sufficient ...
Sport
2 years ago

Safa must send their completed expression of interest form to FIFA by March 15.

After that FIFA will dispatch the bidding registration and overview document and interested hosts have until April 16 to complete and return to it.

The next step is the submission of a bid book‚ the signed hosting agreement and all other hosting documents to FIFA by October 4.

The FIFA Council will make the choice of the hosts in March 2020.

There has also been an expression of interest from the USA to host the tournament‚ which represents a formidable opponent in any bidding race.

Highlands Park coach Owen da Gama says it is time for the Video Assistant Referee (VAR) system to be introduced into South African football in the ...
Sport
2 years ago

“FIFA believes that women’s football still has even more potential for growth and we look forward to receiving hosting submissions for the Women’s World Cup 2023‚ to see how potential host countries will aim to promote the ultimate competition in women’s football‚ and create a sustainable legacy that will inspire upcoming generations of young girls and women to get involved in the game.”