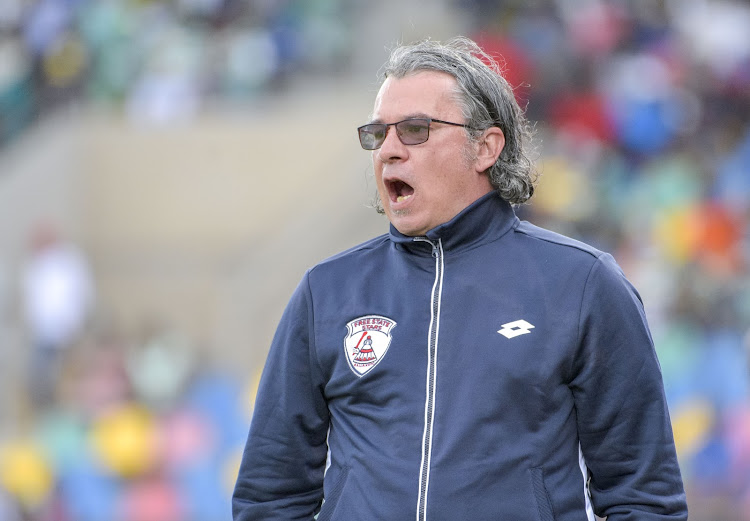 Nikola Kavazovic says he wanted to play attractive and stylish football when he arrived to take over at Free State Stars but has learnt quickly that there is no substitute for results.

He won for only the second time in six games in charge since replacing Luc Eymael as Stars overcame provincial rivals Bloemfontein Celtic 3-2 away on Sunday to garner a valuable three points in their battle against relegation.

“I’ve have been overanalysing since I arrived in the PSL‚” said the Serbian-born coach‚ whose last job was with Township Rollers in Botswana.

“I tried to apply some nice football when I arrived‚ football that people would enjoy watching. But the results didn’t come‚” he said.

Kavazovic said he slowly realised playing well does not necessarily translate into points‚ insisting his side had done well despite recent defeats to the likes of Cape Town City and Chippa United.

“I’ve learnt in my two and a half months in the PSL that no one pays attention if you are playing beautiful football.

“And‚ when you lose you are getting yourself into serious trouble. I’ve learnt that at the end of the day‚ it’s all about the three points.”

Kavazovic said he made drastic changes to his side’s approach for the derby in Bloemfontein‚ where Stars played on the counter-attack to devastating effect.

They repeatedly caught out their hosts with balls over the top of the defence and were 3-0 up at half-time.

But they had to hold on in the end for a 3-2 win which saw them move five points away from bottom place in the standings.

“We changed to a stronger defence and more transitions using speedy players like Sinethemba Jantjie.”

The Bidvest Wits-bound winger scored twice and was named man of the match.