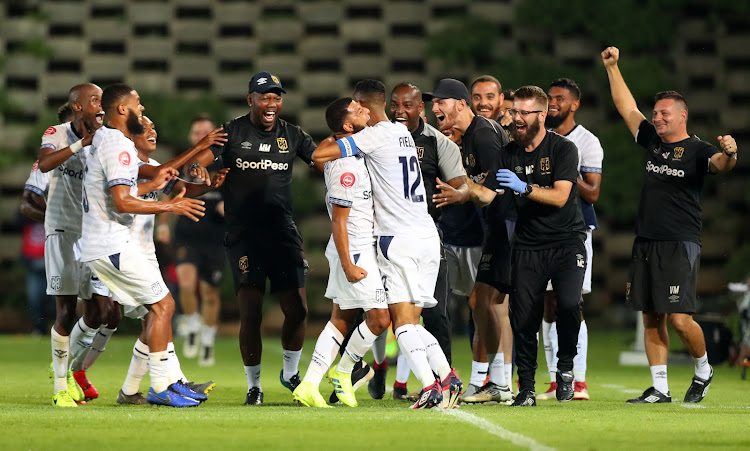 From the death of Tornado FC boss to Cape Town City’s win and Highlands’ loss to Kaizer Chiefs, these are your top soccer stories from the weekend.

Striker Mohammed Anas scored twice for City, while midfielder Salulani Phiri put the third point on the board.

Polokwane City won provincial bragging rights with a 3-1 victory over a 10-man Baroka FC in their derby at the Peter Mokaba Stadium on Sunday‚ moving ...
Sport
2 years ago

By half-time, City were behind by two goals, but that changed after half-time in the dressing room.

“A bollocking as usual. Ja,  because I think we were lethargic after we didn’t capitalise on the two early chances we created. So [the message was] minimise the touches, get the ball, look up and know where you want to play,” McCarthy said.

Kermit Erasmus, Surprise Ralani and Riyaad Norodien each scored one goal in a space on eight minutes.

Benni McCarthy said his instructions were for his players to lift their intensity‚ have fewer touches‚ and utilise their pace against the bigger ...
Sport
2 years ago

Bloemfontein Celtic defender Wandisile Letlabika's discharge from hospital after a head injury came as a relief for the player and his team.

Letlabika was left unconscious on Saturday during a match against Mamelodi Sundowns at Loftus Versfeld Stadium.

The club said Letlabika had been booked off for a few days to recover fully.

Wandisile Letlabika has been released from hospital following the horror head injury that left him unconscious during Bloemfontein Celtic’s goalless ...
Sport
2 years ago

Highlands Park and its fans are nursing broken hearts after the team’s 3-2 loss to Amakhosi at Durban's Moses Mabhida Stadium on Saturday.

Bernard Parker, Leonardo Castro and Dumisani Zuma, who bagged the man of the match title, scored the goals.

Amakhosi are currently sixth on the PSL log, with 32 points.

They were not at their very best in their 3-2 win over Highlands Park but Kaizer Chiefs coach Ernst Middendorp will no doubt accept a good and ...
Sport
2 years ago

The death of Tornado FC boss Siphiwo Nyobo has shocked the club and its fans.

Nyobo was shot dead as he left North End Stadium in East London on Saturday after a match between his team and Birmingham FC.

Nyobo was in a car with passengers when the shooting occurred. Those who were in the vehicle with him were taken to hospital.

Tornado FC boss Siphiwo “Mawawa” Nyobo was shot dead outside as he was leaving an East London stadium on Saturday afternoon.
Sport
2 years ago