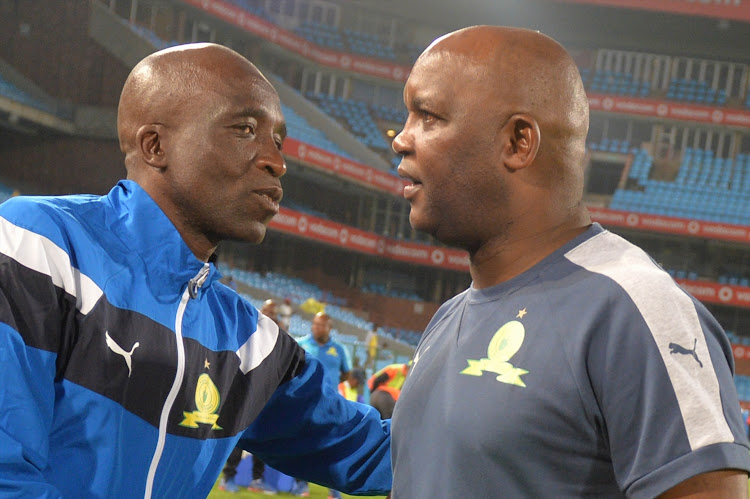 New South Africa Under-23 coach David Notoane says the recent success of the other junior national teams provides a boost to his plans as he seeks to build a squad capable of qualifying for the Olympic Games in Tokyo in 2020.

Amagluglug have largely been inactive since they participated at the 2016 Olympics in Rio de Janeiro‚ but have been fired back into life ahead of a tough qualifier against Angola scheduled for the upcoming Fifa international break this month.

Notoane has been handed the reins of the side‚ taking over from coach Owen Da Gama‚ who has since moved on to Highlands Park in the Premier Soccer League (PSL).

Notoane has not been left with much time to assemble a squad‚ needing to assess those eligible players in the PSL‚ National First Division and at overseas clubs.

“The first port of call is the natural progression of the players from the junior national teams‚ which is our established talent pipeline‚” Notoane told TimesLIVE.

“Then we will look at the PSL for players that fit the age-group category‚ as well as the reserve league [MultiChoice Diski Challenge] – we cannot ignore that‚” Notoane said.

“And finally you have those players that are based overseas and performing for their clubs. I firmly believe we have a pool of talent that is good enough to get us to the Olympics.”

The fact that the qualifiers fall on a Fifa match date means Notoane should have the pick of his best available players as clubs are obliged to release them.

But he said Bafana Bafana coach Stuart Baxter will have the first choice for their Africa Cup of Nations qualifier against Libya in Tunisia‚ where the senior team need a draw to qualify for Egypt 2019.

“Obviously Stuart will have the first selection of players because Bafana Bafana have an important qualifier at the same time‚ but we are in constant discussions about which individuals he wants to use‚” Notoane said.

“So we may lose a few players that we would have liked to select‚ but I am confident that we will still find the right balance in the squad to be successful.”

In the recent past‚ the national Under-23 coach has also formed part of the Bafana Bafana technical team as an attempt to integrate the flow of information through the age-group teams.

But given that the Under-23s and senior national side are in action at the same time‚ this is not possible and looks unlikely going forward.

“We will have dialogue‚” Notoane said. “The success of the national teams at all levels should be seen as one programme‚ and so there will be similar discussions with [Under-20 coach] Thabo Senong as well.”

Angola will present a tough challenge for Bafana and they are likely to use much of the side who performed well in the recent Cosafa Under-20 Championships‚ including attacker Zito Luvumbo‚ who has been on trial at Manchester United.

Angola’s Under-20 coach Pedro Gonçalves has been handed the reins of their Under-23 side as well and Notoane said he has his “scorpions” on the ground seeking information.

“We know Angola as a country‚ their style of play‚ their approach to the game‚ the physical element. We have sent our scorpions to source information‚ so we will be well prepared‚” he said.