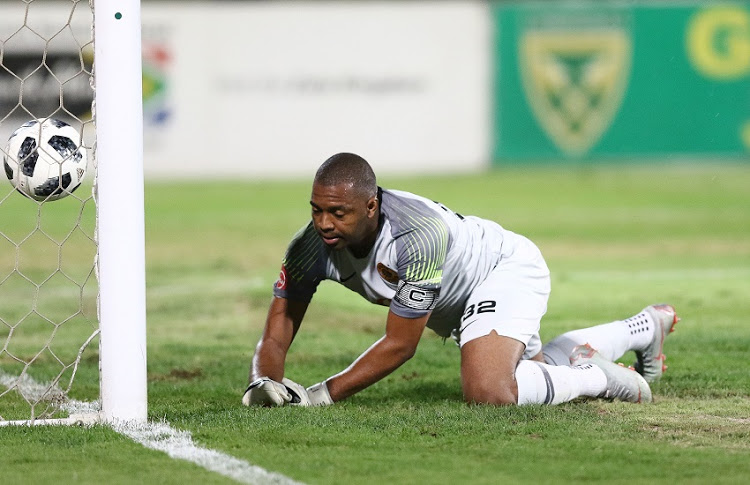 Kaizer Chiefs has not yet investigated the circumstances surrounding a video of injured goalkeeper Itumeleng Khune partying hard - but the club has not ruled out the possibility of an internal inquiry.

The video went viral after being posted on social media. A seemingly inebriated Khune and friends are seen refusing to do what they were being asked to do as they were about to leave Moja Café in Soweto.

The goalkeeper‚ who has been ruled out of action for the rest of the season with a shoulder injury‚ is seen in the video waving his bank card while his friends ask for a speedpoint machine.

“We want to buy this bus and Moja [Café]!” screams Khune in the video as he and his friends are ushered out of what appears to be a bus.

Itumleng Khune 'i want to swipe all those Pubs and clubs' pic.twitter.com/b4D0qMPfsR

Amakhosi spokesperson Vina Maphosa said the club “does not have a comment at this stage” and could not disclose whether or not the player would face an internal investigation.

“Every matter regarding Kaizer Chiefs that is in media circulation is scrutinised internally, whether it is viral or not, and this one will not be an exception,” Maphosa told TimesLIVE.

“What if we find out after sitting through it that actually it is not necessary for the club to discuss this further internally, and I have already said in the media that the issue will be discussed internally? I can’t do that. We don’t want to preempt anything at this stage.”

The video has divided opinions on social media. While some have slammed Khune for “keeping bad friends”, others have defended him by saying that the goalkeeper is only human and was just having fun on a night out with friends.

In response to a Twitter user who warned Khune to rethink the company he keeps, the Bafana veteran promised that he is not spiralling out of control.

Premier Soccer League clubs continue to be troubled by ill-disciplined players who abuse alcohol and other substances, often spending vast amounts of money on partying before retiring as paupers.

Alcohol abuse taking its toll on PSL clubs and players

Premier Soccer League clubs continue to be troubled by ill-disciplined players who abuse alcohol and other substances, at a cost of hundreds of ...
Sport
2 years ago

DJ Mahoota has defended Itumeleng Khune after a video featuring the popular Kaizer Chiefs goalkeeper and his friends went viral on social media.
Sport
2 years ago

There is no goalkeeper crisis at Kaizer Chiefs‚ Amakhosi coach Ernst Middendorp has said.
Sport
2 years ago