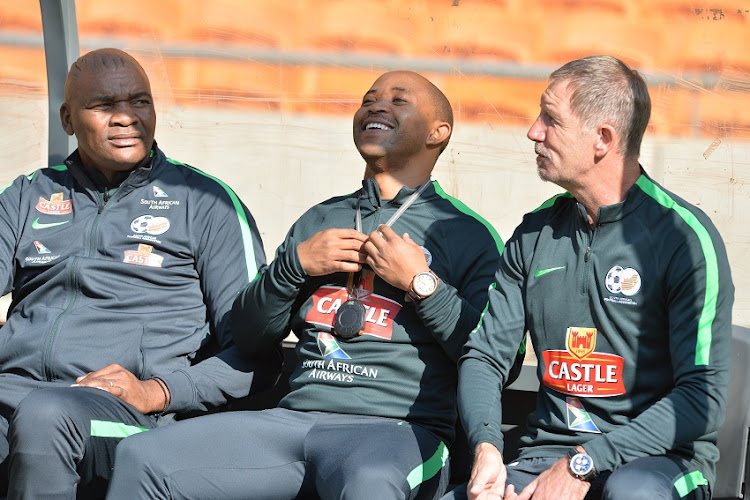 Lesotho are one win away from reaching the Africa Cup of Nations finals for the first time, and coach Moses Maliehe is using South African resources to help him prepare for a vital last qualifier on the road to the 2019 tournament in Egypt.

The Basotho must win away in Cape Verde in their last Group L qualifier on Sunday March 24 in order to reach the finals and make history for football in the mountain kingdom.

Coach Maliehe believes they have a good chance and is leaving no stone unturned in his bid to be fully prepared for what will be a tough outing on the artificial surface in Praia. It was on this same field that Bafana Bafana embarrassingly lost in the 2018 World Cup qualifiers.

The inclusion of Bruce Bvuma in the Bafana Bafana squad on Monday was met with disbelief on Twitter as it raised eyebrows given the Kaizer Chiefs ...
Sport
3 years ago

“We have a chance,” Maliehe told TimesLIVE. “The game itself is already motivation for my players; I don’t have to motivate them for this. It will be a first time ever for Lesotho to qualify and my boys are ready for that opportunity.

“We are well prepared. There is a real sense of excitement and anticipation," he said.

The Lesotho coach has already travelled to Johannesburg to talk to Thabo Senong, who was Stuart Baxter’s assistant during Bafana's games against the island nation, in the hope of gaining some insight.

“I visited Thabo in Joburg and we sat down and talked. I watched the game that South Africa played against Cape Verde in Durban and got some knowledge there.

"And obviously we played them here in Maseru earlier in the qualifiers. They were missing three or four key players when they came to Lesotho, but they will be at full strength this time and I’ve got knowledge of how they will play,” said Maliehe.

He will also met with Orlando Pirates coach Milutin Sredojevich, who has knowledge of the Cape Verdians from his time as Uganda's national coach – the job he had before joining the Buccaneers.

Lesotho are also set to camp at the High Performance Centre in Pretoria from Thursday, before traveling next week to the Cape Verde.

“I’m aware that when we play Cape Verde it will be a physical game rather than a tactical one. That’s why we have started our preparation early to get our players tuned for the game," added Maliehe.

“We are ready to play Cape Verde. We know it will be a hard task ... and that they will attack most of the time. We have started already with the preparations because 90% of our players are home-based.”

They have also called up Jane "Sunny" Tsotleho, who plays for Louisville City in the USA, and Lesisa Thetsane, who is at college in Columbia, Missouri.

Komphela hits back! 5 soccer stories from the weekend

From Steve Komphela's response to his impersonator to Maritzburg's loss to Chiefs, here's a wrap of the weeekend's top soccer stories.
Sport
3 years ago

The Premier Soccer League (PSL) has pushed back the penultimate block of fixtures for the season due to the general national elections.
Sport
3 years ago

It is a competition that has been derided by the Confederation of African Football’s (Caf) top brass‚ is played outside the international calendar‚ ...
Sport
3 years ago