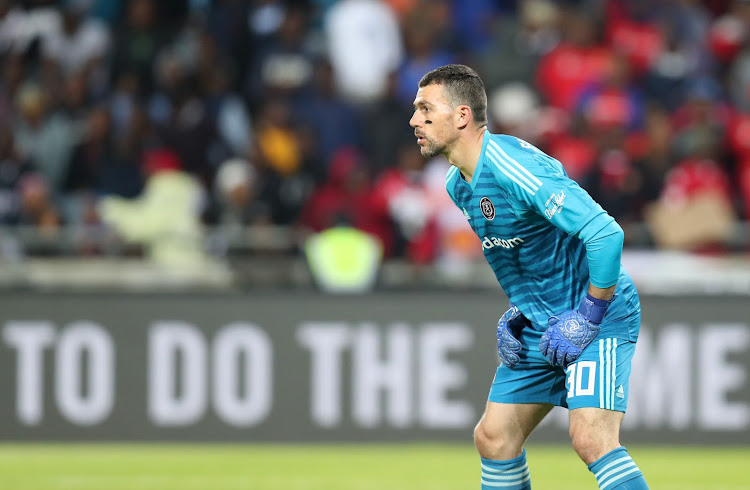 Orlando Pirates' three Caf Champions League finalists in their squad can play a crucial leadership role when Bucs need a win against Horoya AC in Conakry to reach this season's quarterfinals‚ goalkeeper Wayne Sandilands has said.

Sandilands' growing solidity in goal has been a strength for Bucs ahead of their final Group B game in Guinea on Saturday‚ where third-placed Pirates have to win to progress.

In a match of this nature - in tough‚ hot conditions‚ in front of a hostile crowd at the 25‚000-seater Stade du 28 Septembre - the goalkeeper can draw on his experience replacing Denis Onyango in the 29th minute of the 2016 Caf Champions League final against Zamalek in Alexandria.

Sandilands came on for injured Onyango in the 29th minute and impressively weathered a storm - including being hit by a missile from the crowd - as Downs lost 1-0 for a 3-1 aggregate victory.

He is one of three finalists in Pirates' squad. Thabo Matlaba and Happy Jele are surviving members of the 2013 final‚ where Pirates lost 3-1 on aggregate to Al Ahly.

Of the two‚ captain Jele is currently still in favour‚ and certain to take the field in Conakry.

"Look‚ I think the leadership role is just trying to lead by example. The actions‚" Sandilands said of the role the three finalists can play.

"We've got to just try and be calm‚ try and do our jobs. I think as a leader you should just be doing your job.

"If you're doing your job well guys can see that and feed off that‚ and try and follow that. And look‚ we've got a hungry‚ good set of players here as well. It's going to be a collective effort.

"I think maybe the guys who have been in this situation before‚ maybe we're going to have to just try and best as we can just lead by example. And maybe just try and be a calming effect on everybody‚ and just take it from there.

"But we're going to have to do it as a team‚ and I think everybody knows what's expected of them. It's just about firing on the day and exploiting whatever opportunities we get on the day."

Horoya have only lost once at home in 19 years' participation in the Champions League‚ 1-0 against CS Sfaxien of Tunisia in 2014.