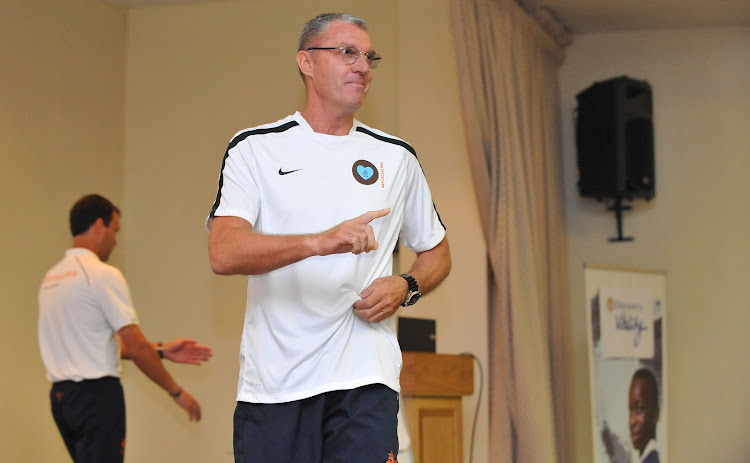 Ruud Krol is eyeing a return to South Africa and would like to have one more coaching spell in the Absa premiership.

The former Dutch World Cup captain‚ who celebrated his 70th birthday on Sunday‚ led Pirates to the league and cup double title in 2011 and is now working in Tunisia.

He recently qualified CS Sfaxien of Tunisia to the quarterfinals of the Caf Confederation Cup.

“I still enjoy so much being on the training field and I’ve always liked adventures too‚” said the former Ajax Amsterdam star‚ who later moved to Napoli in Serie A‚ Cannes in France and the Vancouver Whitecaps.

Krol’s coaching career has taken him to Belgium‚ Switzerland‚ Egypt‚ the United Arab Emirates‚ France‚ Tunisia‚ Libya and Morocco but he reckons South Africa was best.

From Bafana Bafana's victory to the Bulls' loss: 5 sports stories from the weekend

From epic wins to embarssing losses: here are the top sports stories from the weekend.
Sport
2 years ago

He told the Dutch daily Algemeen Dagblad: “What an outstanding country! Dangerous? If you take the wrong turnoff‚ yes‚ but that is the same for Amsterdam or Naples.

"My contract is up at the end of the season and in my head is the hope I get one more chance to coach in South Africa.”

In the meantime‚ he is chasing another continental title with his club.

“It’s nice to be back in contention in the Confederation Cup.”

Krol won the Confederation Cup with Sfaxien in his previous spell at the club in 2013 when they beat TP Mazembe of the Democratic republic of Congo 3-2 on aggregate in the final.

“But the traveling makes it difficult‚" he said.

"It will take us 24 hours to get to Zambia to play our match there.

"There is no such thing as a direct flight. You’ve got to almost go all the way around.”

Sfaxien take on Nkana FC in the quarterfinals.

The first leg is in Ndola on Sunday‚ April 7.

He is the last of the fabled Dutch side that played in the final of both the 1974 and 1978 World Cups who is still coaching. “I hail from the changeroom of football and I’m still in the middle thereof‚” he added.