Dan Malesela says he will not change his philosophy 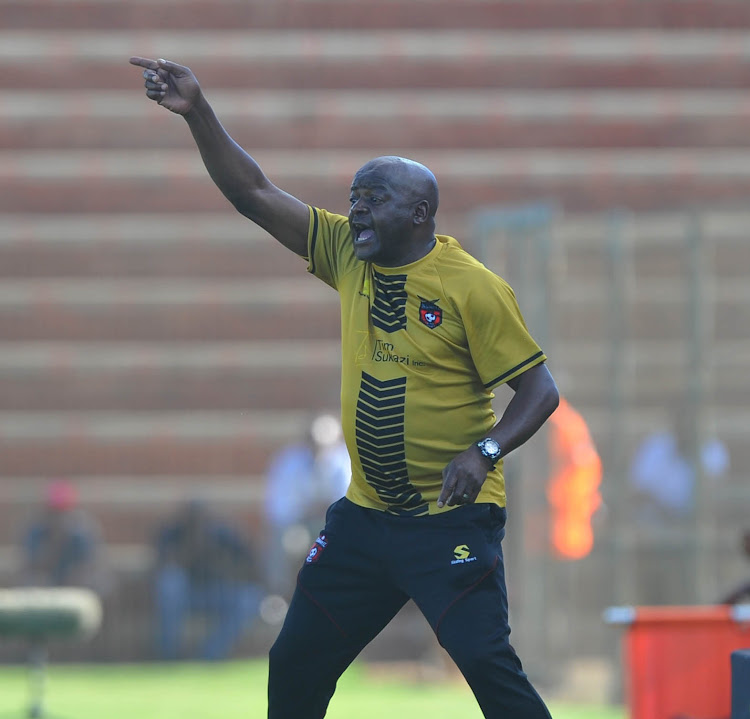 TS Galaxy coach Dan Malesela is respected for the positive approach he takes to setting up his teams and says he will not change that philosophy as he takes his side to the mother City for an all-National First Division Nedbank Cup quarterfinal against Cape Umoya United on Wednesday.

The clash ensures there will be a second-tier side in this year’s semifinals‚ where Malesela has featured twice before – the first occasion in 2013 when he took unfancied United FC to the Last 4‚ where they were narrowly beaten by Kaizer Chiefs.

On paper Galaxy look the stronger side‚ but they have made three visits to Cape Town this season in the league and lost every time.

Malesela‚ though‚ says that does not go anywhere close to telling the full story.

“We dominate [opponents] but then make individual errors to lose‚” Malesela tells TimesLIVE.

“So that does not look great‚ but I think it is a myth that we struggle in Cape Town.

"We have played quite well every time we have been there‚ it is just about the mistakes we have made. If we can cut those out …”

Galaxy lost 1-0 to Cape Umoya in the league at the start of February‚ a result that left Malesela fuming.

“I would be lying if I said I was not very upset when they beat us in the league match‚" he said.

"We dominated for the entire 90 minutes‚ had a whole lot of chances‚ and they scored just the one goal to win with one of their only opportunities.”

Malesela does not like to draw comparisons between his United FC team of six years ago and the current Galaxy squad‚ and says he too has grown as a coach since then.

“Comparing is a bit difficult‚ because they are two different teams‚ with different personalities involved‚" he said.

"I was also fairly fresh into club coaching‚ having coming from the development space‚ but now I am a bit matured.

“We had Kaizer Chiefs to deal with back then and our biggest problem was fear‚ especially in the first half of the match.”

Owen da Gama was the first Bafana Bafana coach to call Percy Tau into the full national team set-up when he selected the raw youngster for friendly ...
Sport
2 years ago

Aside from the United run‚ Malesela also led Chippa United to the semifinals of the Nedbank Cup in 2017‚ where they lost on penalties to SuperSport United after a 0-0 draw‚ and the Last 4 of the MTN8 the year before‚ when they were narrowly beaten 1-0 by Mamelodi Sundowns over two legs.

“I have been to three knockout semifinals‚ so I know how to psyche the players up and know how to motivate them for these types of games‚” he says.

Cape Umoya are led by former Chiefs defender Dominic Issacs‚ who took over from Roger de Sa earlier in the campaign.

He has driven the team well clear of the relegation zone‚ based largely on a solid defence with only seven goals conceded in their last 10 games.

“Before I came in‚ when I was working [as assistant] with Roger‚ I didn’t like the fact that we conceded so many goals. Easy goals as well‚” Isaacs says.

“That is one of the first things I had to work on and I still get mad when we concede stupid goals.

“If it’s a good free-kick‚ then I can make peace with it‚ but if it is a goal where we made a tactical mistake‚ or poor positioning from a defender or a bad clearance‚ then I go crazy.

“But I’m very happy that we are conceding less goals now‚ my saying is always that if you don’t concede‚ you don’t lose.”

Cape Umoya have suffered just a single defeat in their last 15 games in all competitions.