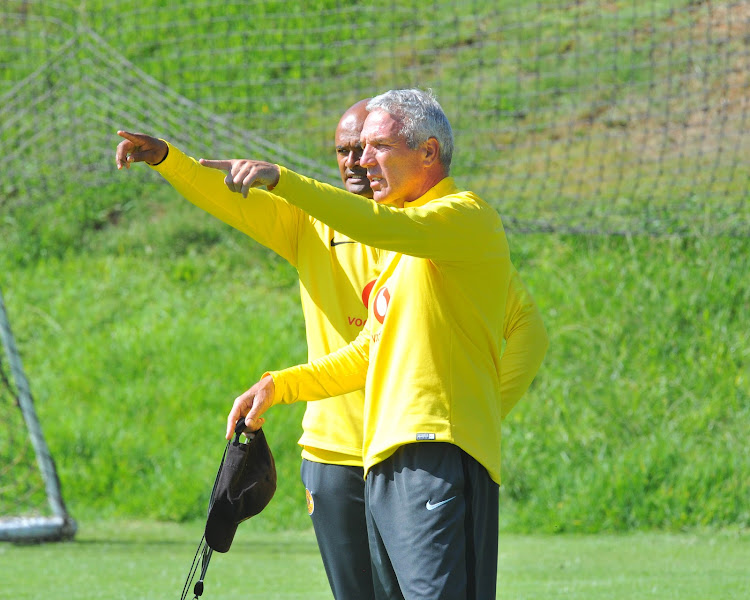 Kaizer Chiefs coach Ernst Middendorp has said that Bafana Bafana’s qualification for the Africa Cup of Nations (Afcon) comes as a huge boost not just to the national team but to the Premier Soccer League (PSL)‚ and all the clubs and players who compete in it.

In 2017‚ when Bafana failed to qualify for the 2018 World Cup‚ there was a notable two-week period where barely a goal was scored in the PSL.

It is possible there was a link‚ and that the failure to qualify affected the mood and motivation of SA football as a whole.

Middendorp said SA reaching Egypt 2019‚ in June and July‚ and Sunday’s disciplined 2-1 win against Libya in Tunisia can lift football in the country in all spheres.

In the bigger picture‚ he said‚ it can also tee Bafana up for qualification for the 2022 Fifa World Cup in Qatar‚ and that can be a motivation to all South Africa footballers‚ where a failure to reach the Afcon Finals would have had an opposite effect.

With Bafana Bafana confirming their participation this year's Africa Cup of Nations (Afcon) after qualifying a few days ago‚ several fringe players ...
Sport
3 years ago

Middendorp disputed that qualification for an Afcon should be seen as a formality by South Africa‚ and disagreed with the notion that Bafana’s qualification had not been convincing.

“Nigeria finished with 13 points and South Africa 12 points [in Group E]. What are we talking about? It’s a very clear‚ structured qualification‚” Chiefs’ coach said on Thursday.

“We can’t sit there and say that after two games we should already have 14 points. It’s impossible. Be a little bit more humble.

"It’s a huge parameter that you send with a qualification not only to players like [Kaizer Chiefs’ Bafana internationals] ‘Rama’ [Ramahlwe Mphahlele]‚ even Itumeleng Khune wants to be part of it and is doing everything to recover in time.

“But other players too‚ like Daniel Cardoso coming into the squad – he wants to keep being part of this.

“Young players. I saw players like Luther Singh‚ like Jamie Webber‚ who is unfortunately not playing regularly at SuperSport‚ a very talented midfielder‚ playing for being part of Afcon [for the SA U-23s against Angola on Tuesday night].

Monday night football was invented by the Americans for the gridiron game almost 50 years ago and become a social institution.
Sport
3 years ago

“And in the future for having a target of going to Qatar for the World Cup. And that’s so immense.

“And we have to understand as a PSL‚ as a club‚ as a brand‚ we need a functional very good national team qualifying for all these big tournaments.

“And I think the PSL have shown‚ under the leadership of [acting CEO] Mato Madlala‚ a huge step to convince teams like Chiefs and SuperSport to give the national team and coach Stuart Baxter another two days preparing.

“And that’s the way it should be – cooperating between the PSL and Safa to give the real platform and real tool‚ to have the best of the best of what can be done.”

Middendorp was speaking ahead of a training session at Chiefs’ Naturena headquarters ahead of his team’s Nedbank Cup quarterfinal against Cape Town City at Mbombela Stadium on Sunday.