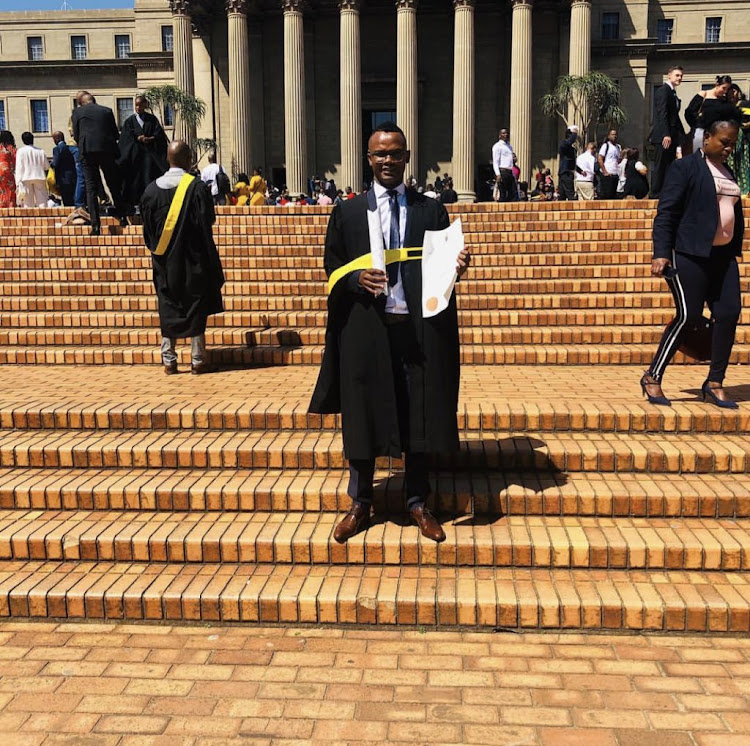 The 34-year-old is already planning life after football and earned a Political Science and Social Studies degree from the Wits University on Thursday morning.

Gaxa‚ who was part of the Bafana squad that played in the 2010 World Cup at home‚ said he was pushed to read and study having seen most of his colleagues go broke and fall on hard times soon after hanging up their boots.

"It breaks my heart to see what’s going on in our football.

"I am seeing players that had millions of rands in their bank accounts‚ but now they have nothing. How did we get here?" Gaxa said.

Manchester United have appointed Ole Gunnar Solskjaer as their permanent manager on a three-year contract, the Premier League club said in a ...
Sport
3 years ago

Few players choose to study during their playing career‚ given the demands that both roles require.

"Players must read financial books‚ hire tutors because they get paid lots of money and they can afford that.

"When I was studying at Chiefs‚ others didn’t see the importance of what I was doing and I didn’t understand why‚" he said.

"Our structures don’t cater for education and that has to change.

"After retirement players go back to the same poverty where they come from and that really breaks my heart."

A true example of there’s life before, during and afta football. He inspired me to work hard on the field and keeps doing that off the field. He’s always been a hardworker and proud of this dude. Let’s live, learn and appreciate the good that are done by… https://t.co/XGTjdIu89c pic.twitter.com/VfvqGLMGVD

The KwaMashu born star joined Chiefs back in the 2011–12 season after signing a three-year contract with the club.

Jordaan‚ a proponent of the philosophy of taking education as a priority and fall-back plan by football players‚ said Gaxa had set an example that should be emulated by others.

"In my recent interaction with ex-players and legends‚ I have always underscored the fact that education is the best fall-back plan at the end of one’s playing career‚" he said.