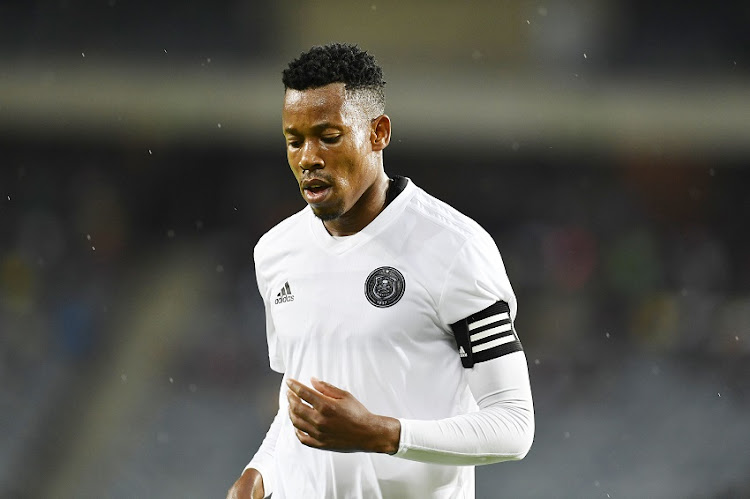 Orlando Pirates captain Happy Jele says the club's painful exit from the Caf Champions League in the group stages will serve as motivation to mount a strong finish in the Absa Premiership.

The Buccaneers must finish in the top two on the premiership standings to ensure a swift return to continental football and Jele has urged his teammates to focus on helping the team to succeed in their quest.

“For us we must now forget about the hurt we experienced in Conakry and focus on motivating the guys because we are all disappointed that we didn’t qualify to the next round of the Champions League‚” he said as they stepped up preparations for their next league match against leaders Mamelodi Sundowns on Monday.

Pirates are currently third on the PSL standings and they are three points adrift of Sundowns from the same number of games.

“Pirates is a big club and it deserves to be in the Champions League every year and we want to be there again next year‚" he said.

"We know that for that to happen we must perform better this season domestically by either winning the league or finishing second.

"Losing to Horoya away from home in our last game was just one of those games that we did everything but lost and it was not nice.

"We committed some mistakes which they punished and we had a few chances that we did not convert. We can’t continue missing out on the play-offs.

“We must put the Champions League disappointment behind us and change our mindset to the league so that we get the necessary points in the remaining matches that will allow us to get back to the tournament next year."

Though they failed to qualify for the next round‚ Jele said they learned a lot from the experience of travelling on the continent where they encountered a lot of challenges.

“Playing in the Caf Champions League was a learning curve for us and especially the guys who never played on the continent before‚" he said.

"Personally I am used to the challenges of playing on the continent.

"But some of the players have never been there before to experience the challenges of travelling 15 to 16 hours before the game and the sometimes unfair treatment you experience when you are away from home.

“But now they have experienced it and I saw even when we played the last game of the competition that they know how to play in this tournament.

"I am glad that we learned but the main thing is to focus on the league now so that we end the season on a better position that will take us back there to compete again.”