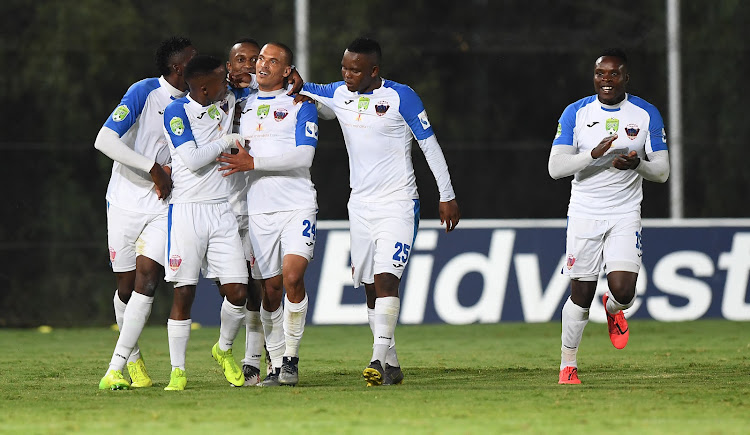 Their major concern might be on surviving relegation in the league‚ but Chippa United's confidence in their form will be significantly boosted by their Nedbank Cup quarterfinal victory against Bidvest Wits‚ Chilli Boys coach coach Clinton Larsen has said.

It might have taken penalties (5-3) to beat the PSL's second-placed team on Saturday night at Bidvest Stadium.

But that followed a thrilling goal-fest where the league's third-last side Chippa matched Wits blow for blow to end normal time at 3-3‚ and extra time at 4-4 - and on the 2016-17 Absa Premiership champions' home ground no less.

They now face Kaizer Chiefs in the semifinals.

"You rarely see games like this and I thought the supporters of both teams were well entertained‚" Larsen said afterwards.

"It was nerve-wracking for the coaches. There was poor defending on both sides.

"The fighting spirit of this team is second-to-none‚ And that's why I'm confident‚ as well‚ that in the league this team won't go down.

"Because if we perform like this we are going to win more than we lose.

Kaizer Chiefs’ attempt to halt a four-year trophyless run will be put to the test when Amakhosi travel to Eastern Cape to face Chippa United in the ...
Sport
2 years ago

"But we've got a game every week - we don't have any midweek games. Why can't we go for both and have good recovery in-between games?

"You know‚ I said if it from the beginning - I believe this team won't go down‚ and why can't we try and keep the team up as well as go and try and win this cup?

"And that's exactly what we're doing. Every single game we're going to put our strongest team out there and hope to get a result."

Chippa have now knocked two heavyweights‚ Wits‚ and Mamelodi Sundowns‚ who they beat 2-1 in the last-32‚ out of the Nedbank.

Larsen said this was no indicator the team might beat Chiefs and go on to the final‚ or even a first-ever trophy.

"You can't look too far ahead. I mean‚ there is Kaizer Chiefs (in the semis)‚" he said.

"There is TS Galaxy who are a decent team. You saw Golden Arrows' very strong second-half performance [beating Bloem Celtic].

"No cup game is easy‚ as we saw tonight."

Chippa meet AmaZulu next in the PSL at King Zwelithini Stadium on Saturday.