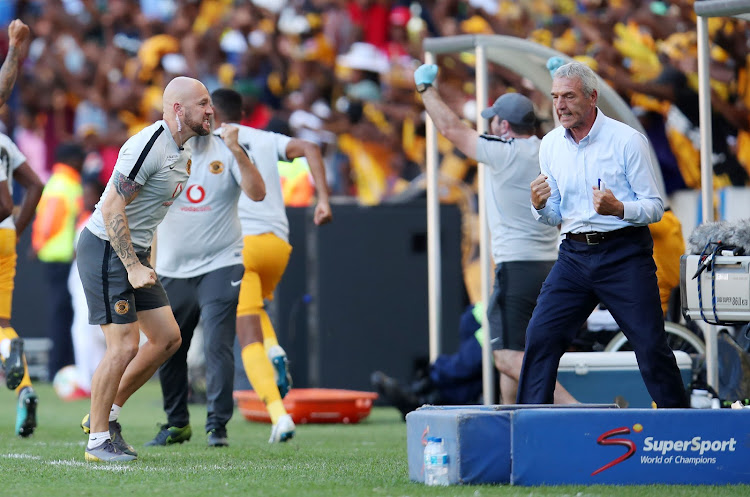 Kaizer Chiefs coach Ernst Middendorp was quick to put the lid on any excessive expectation about his side’s chances of finally ending their trophy drought and winning the Nedbank Cup.

Chiefs beat Cape Town City 2-0 in convincing style at the Mbombela Stadium on Sunday to book a semifinal spot against Chippa United away from home in Port Elizabeth on the Easter weekend.

“I watched their game against Wits on Saturday night and Chippa were very impressive to come back.

“There were some fantastic goals‚” said Middendorp of the 4-4 draw against Wits in the quarterfinal tie at the Bidvest stadium after which Chippa won on post-match penalties.

“It is not by accident that Chippa go to Johannesburg‚ take on Wits‚ which is a chasing for the title and come away with the win.

“It tells you something. We will definitely not underestimate them just because they are sitting near the bottom (of the Premier Soccer League table).

“We will definitely respect them because they deserve to be in the semifinal‚” the Chiefs coach added.

Kaizer Chiefs’ attempt to halt a four-year trophyless run will be put to the test when Amakhosi travel to Eastern Cape to face Chippa United in the ...
Sport
3 years ago

But it will be Chippa who will have more to fear than Chiefs if Middendorp’s side can reproduce the performance they put up against City in Nelspruit.

The German got his tactics spot on‚ playing with three centre-backs in the first half and pressing City high and then changing at half-time‚ in anticipation of a City onslaught after the break‚ and looking to catch the Cape side on the counter-attack.

“The plan is one part but the execution is another part.

"The plan was well executed by the players‚” Middendorp said.

“The game was something you want to see in a cup quarterfinal.

"Based on the performance and the result‚ we fully deserved to qualify.

“I was a little irritated that the score was only 1-0 at half-time.”

“A second or third goal would have made it a lot more comfortable.”

“I’ve had three games now at this venue and the support we enjoy here is marvelous‚" he said.

"It is an absolute pleasure to play in front of a big crowd who make it a joyful event.”