Memela could be key for Pirates against Sundowns: Five things to expect from the Bucs 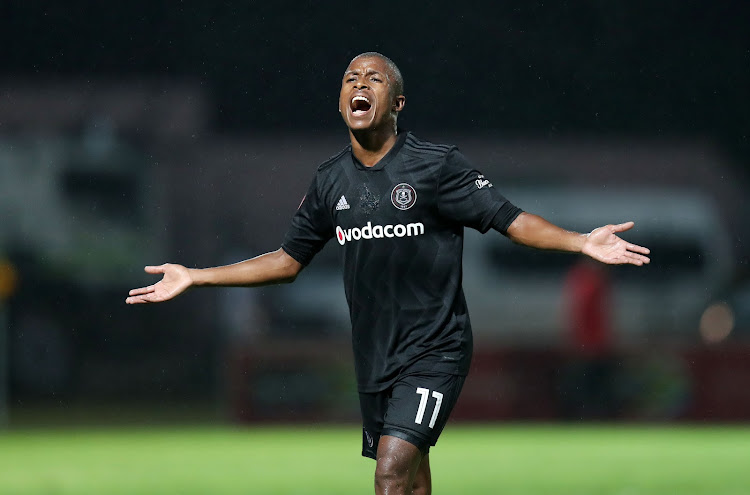 Luvuyo Memela of Orlando Pirates during the Absa Premiership 2018/19 match between Golden Arrows and Orlando Pirates at the Suger Ray Xulu Stadium, Clermont on the 02 March 2019.
Image: ©Muzi Ntombela/BackpagePix

Orlando Pirates have struggled to beat Mamelodi Sundowns in Soweto and will have to dig deep to get past the visitors at Orlando Stadium on Monday night (7.30pm).

2) Bucs have only failed to score in three of their 11 League matches at home (against Bidvest Wits‚ which they lost 1-0 and then in goalless draws against Golden Arrows and Maritzburg United). In most cases‚ they get the goals‚ so Sundowns beware.

3) They only have two clean sheets in 11 matches at home‚ which means their defence is vulnerable.

4) Pirates have been beaten once at home‚ which was by Wits.

They have won four and drew six. So they are not an easy side to play in their own backyard.

5) Since his return from a knee injury‚ winger Luvuyo Memela boasts two goals and one assist in four League matches.

He was one of the scorers when Pirates defeated Sundowns 3-1 at Loftus Stadium early last year.

Memela could therefore be key for Pirates‚ especially in the absence of Vincent Pule‚ who’s suspended.