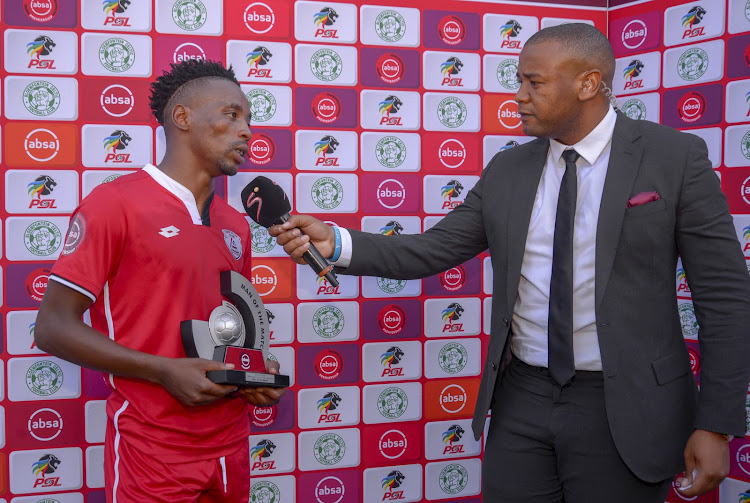 Jantjie, 30, died in the early hours of Monday after a collision with a truck.

Mobbie shared a very close relationship with Jantjie and was his roommate during team camps.

"We were good friends and we shared a room in camp. Swa tika (it's tough) to accept, but nothing lasts forever. Eventually we will learn to deal with it as tough as it is," Mobbie told Sowetan on Monday.

"He was really a good person and we always spoke about life issues. We always pushed each other to work hard at training," Mobbie continued.

Since Jantjie was 30 and Mobbie is 24, the latter said he got a lot of advice from the deceased on life matters.

"I came from the development and I was promoted (in 2015/16); he came the following season. I was a quiet person, but always full of laughs, so he wasn't the type of person to always keep a serious face.

"I'll miss a lot of things and he helped me a lot, because he was older than me. Even when I had family issues, he was the one I would go to," Mobbie added.

Ea Lla Koto players were called to a meeting on Monday at the club's base in Bethlehem and informed of Jantjie's passing.

The Premier Soccer League, meanwhile, confirmed they will observe a moment of silence for Jantjie before their games.

There was no April fooling Mamelodi Sundowns at Orlando Stadium on Monday night, the Brazilians happy to box clever and take the point in a 0-0 Absa ...
Sport
3 years ago

The moment of silence will apply at all Absa Premiership, National First Division (NFD) and MultiChoice Diski Shield (MDC) fixtures until Sunday.

The winger hailed from Whittlesea in the Eastern Cape and had been with Ea Lla Koto since 2016 after joining them from National First Division (NFD) side Mbombela United.

He featured in 20 of Stars' 24 league games this season, scoring four goals.

Jantjie's death comes almost four years since Stars' Richard Henyekane perished in a crash with a truck, also in the early hours on April 7, 2015.