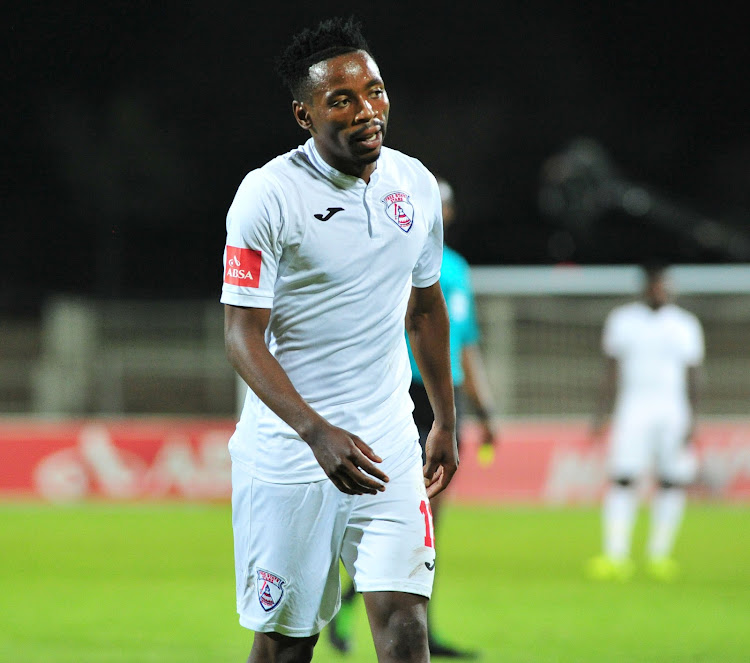 Mamelodi Sundowns midfielder Tiyani Mabunda has paid an emotional tribute to Free State Stars player Sinethemba Jantjie (30)‚ saying the country has lost one of the great players who could have contributed to Bafana Bafana's progress.

Jantjie was killed on Monday morning when his car collided with a truck in Free State.

Speaking after being named man-of-the-match following Sundowns 0-0 Absa Premiership draw with second-placed Orlando Pirates in Soweto on Monday night‚ Mabunda said Jantjie’s death reminded him of that of his former teammate at Stars Richard Henyekane.

“I for one it really pains me‚” said Mabunda of Jantjies’s death.

“At first I thought this was one of those jokes that usually go on the 1st of April.

"I have been there in that situation I know what the players are going through right now.

"When we lost my friend Richard Henyekane‚ it was the same kind of a tragedy. It’s really painful. The pain is not felt by me or only Free State Stars players and management but by football community at large.”

Mabunda said there was no doubt that Jantjie’s career was destined for greater things‚ even playing for Bafana.

“He was growing and growing and you could see that he was becoming a good player by the day. He had already signed a pre-contract with (Bidvest) Wits‚ one of the teams in the league contention.

“It shows that he was very vital for Stars and it’s really sad to have lost one of our own.”

What also concerned Mabunda is the number of fatalities on the road involving PSL players.

“It’s really painful that every time we lose a person who is a footballer‚ it’s always the same problem. It’s car accident‚ it’s a car accident.

“For me it’s not about which jersey I’m wearing or which jersey he wore. It’s more about being a human being‚ a person who’s responsible for taking care of his family.

“Most of the footballers I have played with have families to take care of‚ not only their direct families but extended members as well.

"They look up to them and they really draw a level of hope‚ not only financially but they bring a hope that says ‘it’s actually possible.”

He was a key member of the Stars team‚ playing in 20 of the 24 league games this season and contributing four goals.