What we learned from the enthralling clash between Pirates and Sundowns 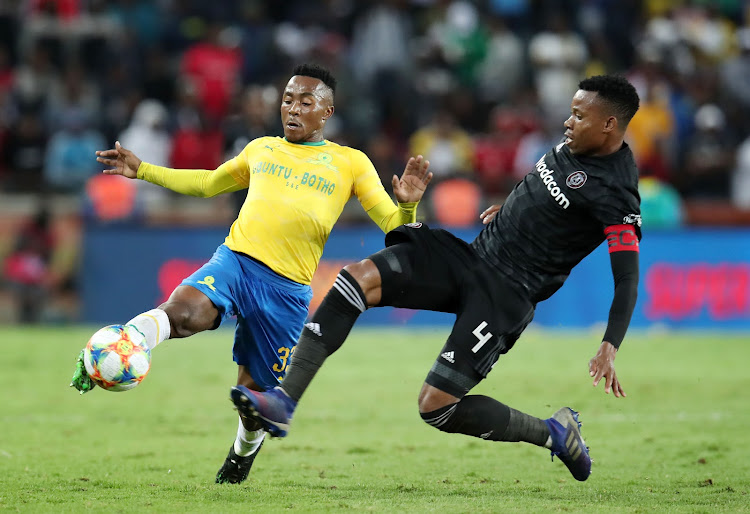 Orlando Pirates and Mamelodi Sundowns disappointed with their set pieces during the goalless Absa Premiership draw at Orlando Stadium.

In terms of general play both sides impressed‚ especially in the first half‚ before the tempo of the match dropped after the break.

Tiyani wa ka Mabasa noticed that there were a few elements of their game that left a lot to be desired which made the game to end without a goal.

Think about it‚ Pirates had 10 corners and failed to use any of them to good effect.

They also had a number of free kicks that did little to trouble the visitors. Sundowns‚ meanwhile‚ had six corners and numerous free kicks with striker Emiliano Tade failing to capitalise on some of them.

For teams boasting so much quality in their ranks‚ this was disappointing.

This fixture has always largely been about goals‚ but it was goalless for the second time in a row.

When the two sides met in the first round at Loftus (also goalless)‚ there was even a clash about parking space between the two teams and it spilled over to the field where it became a hard fought match.

It was no different at Orlando Stadium with Pirates committing eleven fouls and Sundowns responding with twelve of their own.

Both teams had three yellow cards and Hlompho Kekana’s foul that saw Luvuyo Memela stretched off the field was the talk of town.

Holding on to the ball too long

In the final third‚ there are players who disappointed by taking too long when in possession‚ instead of a touch or two and taking a shot at goal or finding a teammate.

The culprits were Augustine Mulenga and Justin Shonga from Pirates‚ while Lebohang Maboe of Sundowns had a couple of selfish moments‚ notably in the second half.

Usually the right and left backs of these two teams venture forward and help provide the numbers on the attack‚ but this time the wingers rarely had the support from them.

It was only Tebogo Langerman of the Tshwane side who constantly overlapped. His teammate Anele Ngcongca didn’t overlap that much and from Pirates’ side Mthokozisi Dube and Innocent Maela also sat back.

This affected both teams' play‚ because they rely on their fullbacks to help out in attack by linking with the wingers. In a match that was always going to be a battle in central midfield‚ it was going to be crucial to use the flanks.