Mamelodi Sundowns coach Pitso Mosimane does not understand why the PSL is taking long to reach verdicts.
Image: Sydney Mahlangu/BackpagePix

A day after Mamelodi Sundowns coach Pitso Mosimane complained about the delay in the Wayne Arendse eligibility issue, it has emerged that a verdict has finally been reached.

Sources told Sowetan yesterday that the club had been found guilty of using the central defender when he had originally not been in the match-day squad.

Arendse played for Sundowns in their 1-1 draw against Bidvest Wits at Lucas Moripe Stadium in October last year, despite the fact that he was not part of the original 18-man squad.

This was in contravention of the PSL rules.

He replaced Thapelo Morena, who got injured during the warm-up. 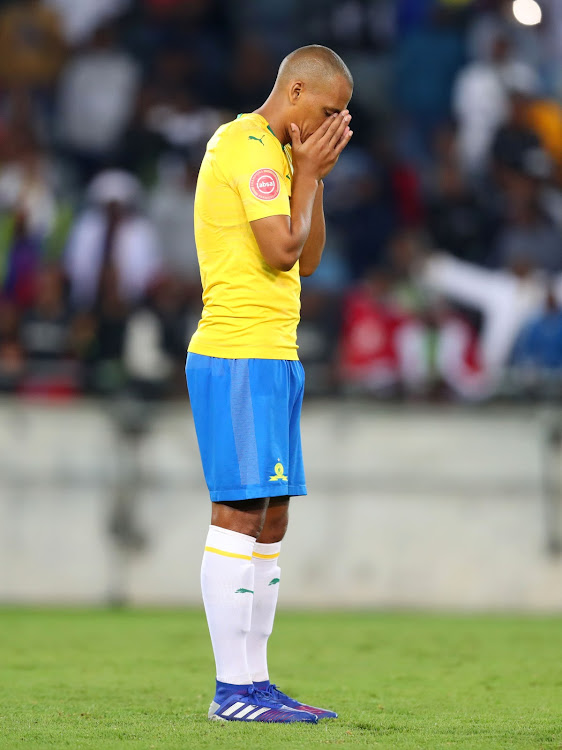 Mamelodi Sundowns defender Wayne Arendse was in the stands at Lucas Moripe Stadium in Atteridgeville before he was called down to replace the injured Thapelo Morena. He started alongside Ricardo Nascimento in central defence as the match ended 1-1.
Image: Samuel Shivambu/BackpagePix

Mosimane, speaking after his side's goalless draw against Orlando Pirates at Orlando Stadium this week, said he couldn't comprehend why the matter was dragging on.

But speaking to Sowetan yesterday, PSL prosecutor Nande Becker explained why it was a long process and confirmed a verdict had been released to the PSL for official communication.

"It was a complicated matter in a sense that the argument raised by Sundowns was one that required some consideration," Becker told Sowetan.

"So going forward all the clubs know where they stand and understand how the DC [disciplinary committee] came to a decision.

"I can tell you now that the Arendse matter is a 20-page judgment and that is substantial."

PSL spokesman Luxolo September said the league would only comment once it had received the verdict.

Sundowns, it is understood, will now be afforded a chance to argue against any proposed sanction, which Mosimane insinuated might include losing a point gained from the draw with Wits.

The Sundowns coach admitted that the long process was affecting their plans and the only way to work around it is to ensure they create some distance in terms of the points, in case they lose the point.

"It's taking too long," Mosimane said.

"I don't know... whether they are going to take a point because we drew or give Wits three points on a match that they didn't win.

"Probably [the verdict] would come two matches before the league finishes, so it's a reality." - additional
reporting by Nkareng Matshe