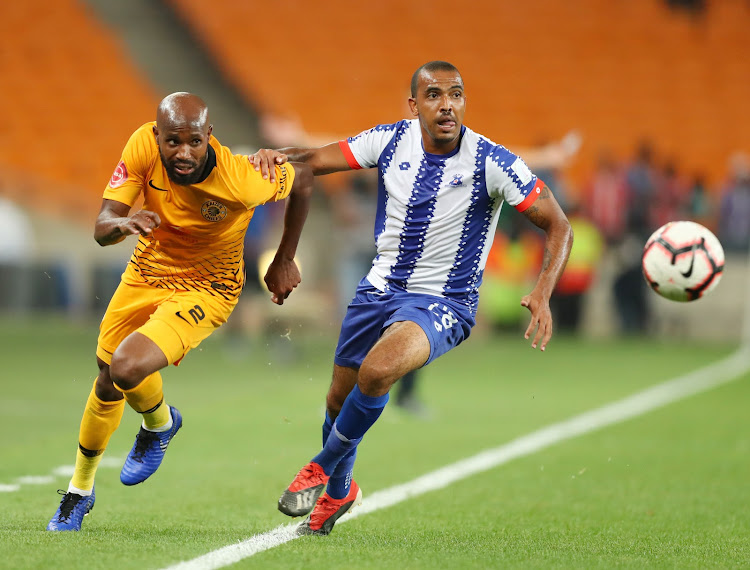 Kaizer Chiefs defender Ramahlwe Mphahlele is well known for speaking his mind and telling it like it is when he’s asked of his team’s prospects.

But after saying Amakhosi’s chances of winning the league were gone last month‚ it seems someone at Naturena whispered into the right-back’s ear to not say “those things” as he somehow changed his tune when asked a similar question about the league on Thursday.

On March 7 Mphahlele said the league was out of reach for Amakhosi having gone close to 10 points off the pace.

“Obviously‚ I don’t think we still have a chance to win or compete for the league‚ but we just want to finish the games on a good note‚” the Bafana Bafana right-back said last month.

His answer on that day somehow took his teammate Bernard Parker by surprise and the veteran striker later claimed that “maybe he [Mphahele] woke up on the wrong side of the bed”.

In an effort to bump up their support at a home ground where they have struggled to attract crowds‚ Kaizer Chiefs have decided to sell tickets for ...
Sport
2 years ago

The question was posed to Mphahlele again on Thursday and this time he diplomatically produced a balanced view.

“Yes I said that‚” confirmed Mphahlele of his comments on the league last month.

“Look‚ I remember what I said. I said we will push for the remaining games and try to win the games and see where we finish off.

“But that’s what I can promise – to push and try and win every game that’s remaining‚ which for us is like a final because for us we have two games in the Nedbank Cup and we have these ones [six] remaining in the league.

“So let’s push. The reality is there. I still maintain we are going to push and play every remaining game like it’s a final.

“I’m sure if we push hard for these league and Nedbank games we’ve got a chance of finishing in a better position. So that’s what we will do.

A day after Mamelodi Sundowns coach Pitso Mosimane complained about the delay in the Wayne Arendse eligibility issue, it has emerged that a verdict ...
Sport
2 years ago

“Obviously we want to win the Nedbank – there’s no secret there and we are going to do everything in our power to win it.

Chiefs host Baroka FC at the FNB Stadium on Saturday and‚ sitting in seventh on the Absa Premiership log and eight points behind leaders Mamelodi Sundowns‚ their chances of winning the title are still as dicey as they were when Mphahlele ruled Amakhosi out last month.

Where Chiefs have a realistic chance of ending their trophy now almost four-year trophy drought is in the Nedbank Cup‚ where they meet Chippa United away in the semifinal on the weekend of April 20-21.