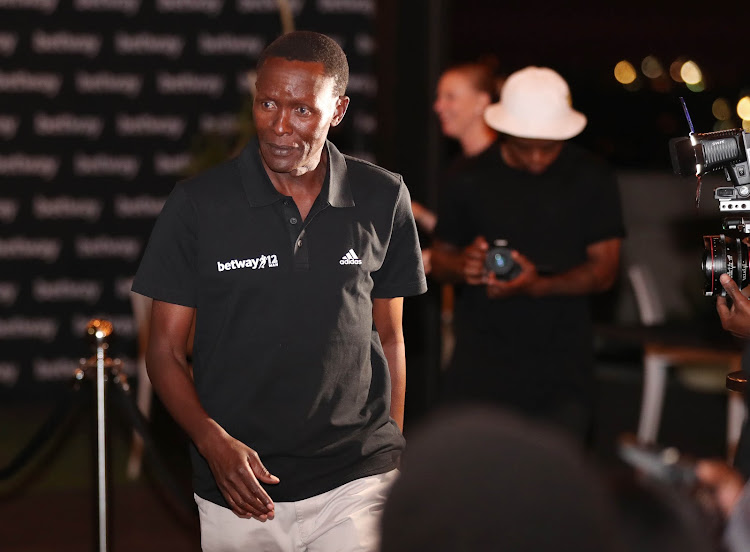 Many professional footballers often fall on hard times at the end of their careers but the Betway has introduced the groundbreaking 12th Man programme to empower them with much needed skills to be employable or run their own businesses.

One of the beneficiaries of the programme that was launched two months ago is Moroka Swallows legend Andries “Chaka Chaka” Mpondo who said that the initiative has exposed him to a totally new world outside of the playing field.

“Being a part of this programme has opened my eyes to the endless opportunities that exist out there‚" said Mpondo.

“This is really an exciting journey of learning that we have embarked on and I am looking forward to acquiring even more skills in the next few months.”

Spearheaded by the former Bafana Bafana and Leeds United captain Lucas Radebe‚ the campaign has imparted invaluable skills to the former players to make a meaningful difference in their communities and it continues with a two-day session this week.

“This will be another interesting module for the legends‚ who for most parts of their lives‚ have been exposed to playing and coaching‚” Radebe said.

PSL goalkeeper has his eye set on owning a law firm

For Polokwane City goalkeeper Harold Ndlovu‚ the journey towards fulfilling his childhood dream is within touching distance after completing an ...
Sport
3 years ago

"Project Management will assist the legends in understanding tournament planning‚ managing finances around projects‚ which is something they can implement back home.”

The two-day module is designed to expose the participants to the challenging world of developing and rolling out a project or event.

"Project Management will assist the legends in understanding tournament planning‚ managing finances around projects‚ which is something they can implement back home‚" said the acclaimed ex-Kaizer Chiefs defender Radebe.

Part of the module will involve the participants making a trip to the Lucas Moripe Stadium for the Absa Premiership match between SuperSport United and Polokwane City this weekend.

The purpose of the experience will be for the legends to give feedback on the various project management aspects identified in the execution of a football event such as security‚ marketing‚ media and all logistics involved in project management.