Five things that contributed to Kaizer Chiefs' failure this season 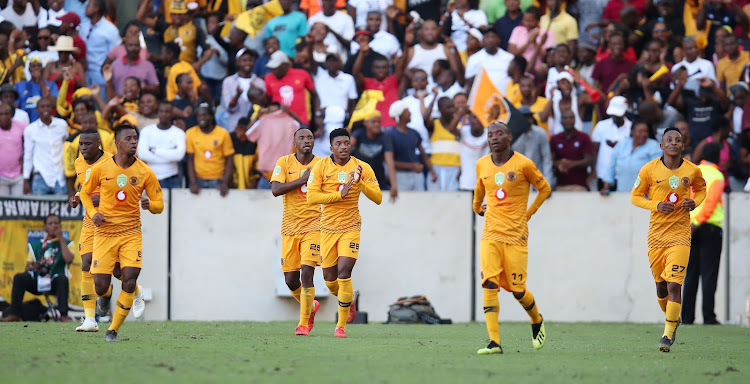 Kaizer Chiefs can put their calculators away because even their mathematical chance of winning the Absa Premiership title is now gone.

So what went so wrong for the Phefeni Glamour Boys that even with four matches still to play this season they are no longer in contention?

The draws alone have seen them drop 20 points in this league campaign.

Some may argue that other teams like log leaders Orlando Pirates have drawn just as much [11 in total for Bucs]‚ but Chiefs’ rivals compensated for it with more wins [13 compared to 9 for Chiefs].

It’s therefore difficult for any team to win the league when they’ve dropped so many points by way of draws.

2) A poor start to their season

Chiefs’ title chances were ruined from the first whistle in August.

They drew four of their first five matches and lost one to Bidvest Wits [1-3].

You’d hear a lot about a league not being a sprint but a marathon. It’s not always the reality out there.

The teams with a good start are able to give themselves some breathing space and even when things are not going so well down the line‚ they can still bounce back.

But when you drop as many points as Chiefs did in their first five outings‚ you are already on the backfoot and may end up chasing a top eight place instead of challenging for league honours.

So far‚ Chiefs have only won three league matches in a row just once when they beat Cape Town City [4-1]‚ Free State Stars [2-0] and AmaZulu [2-0] in September.

Since then‚ they’ve been struggling to find their feet and that has resulted in them failing to win games on a consistent basis.

That doesn’t augur well for any team with the ambition to win the league. Even now‚ they’ve gone three matches without a win [two draws and one loss].

In their 13 matches in their own backyard‚ Chiefs have only won five. They’ve lost five and drew three. In the ‘home’ log‚ Chiefs are actually tenth.

Cape Town City and Pirates are the strongest teams at home with 25 points accumulated in 13 and 14 matches respectively.

For a team to win the league‚ you can’t afford to be poor on your own turf.

The Italian Giovanni Solinas lasted just eleven games and by the time he was fired in December‚ Chiefs were 11th.

A new coach means new ideas and the players have to adapt – that can take a bit of time.

Ernst Middendorp raised hopes when he guided Chiefs to a win over SuperSport United in his first outing‚ but it was followed by a 2-1 defeat to Sundowns‚ which in itself was a reminder that he wasn’t going to get he side playing at their best overnight.