Stuart Baxter bids to get Quinton Fortune back into Bafana Bafana 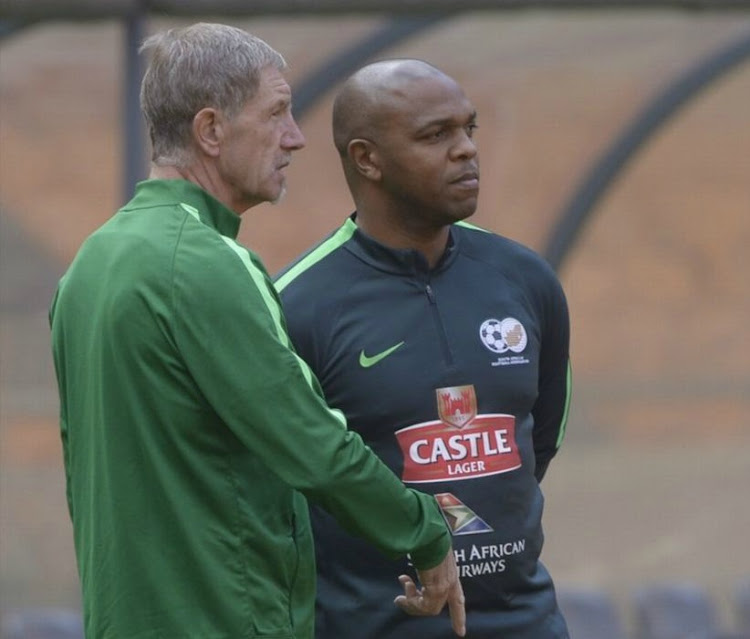 Quinton Fortune's involvement with the national team has previously been met with dissent.
Image: Gallo Images

Bafana Bafana coach Stuart Baxter is lining up a return for Quinton Fortune to the national team as his second assistant-coach at the Africa Cup of Nations (Afcon).

South Africa have been drawn in Group D of Egypt 2019‚ which runs from June 21 to July 19‚ with Ivory Coast‚ Morocco and Namibia.

Baxter needs a second assistant-coach for the tournament as currently he only has SA Under-17 coach Molefi Ntseki.

While any appointment is yet to be made official by the SA Football Association (Safa)‚ Baxter confirmed to TimesLIVE on Wednesday afternoon that he would like to bring back Fortune.

“I mean look‚ we [Baxter and Safa] have discussed it without nailing anything down‚” Baxter said.

Bafana Bafana mentor Stuart Baxter has given the strongest hint yet that his search for a second assistant coach is over and the job is almost ...
Sport
4 years ago

“And my feeling is that Quinton has worked with me as an assistant. He knows what we want to do.

“He knows African football well. And this one will be assistant-slash-scout. So when we send Quinton to look at some games‚ he knows well what we want.

“You know‚ there’s not many [people available]. I mean I can get plenty of people who know football. But not someone who’s got the inside track.”

Baxter said he has yet to officially confirm Fortune’s availability.

“Once they [Safa] have cleared it‚ I have also got to clear it with Quinton. I know he’s interested‚ but definite dates and things like that we’ve got to still put to him‚” the Bafana coach said.

“So there’s still work to do on it‚ but that’s our plans.”

Percy Tau is set to play a significant role for Bafana Bafana at the African Nations Cup in June and coach Stuart Baxter wants his star man to ...
Sport
3 years ago

Appointing Fortune would seem sure to have some degree of public backlash‚ as it did in 2017 when Baxter brought the ex-Manchester United and Bafana midfielder in as a temporary assistant in Bafana’s failed 2018 World Cup qualifying campaign.

Supporters questioned why Fortune‚ who turned his back on Bafana many times as a player‚ was being brought into the national team coaching staff.

“He’s busy compiling his technical team that he wants. And I think once he’s finalised that we will review it with him‚” Paul said.

Paul said the Confederation of Africa Football (Caf) have increased teams’ delegation to an Afcon to 40 this year.