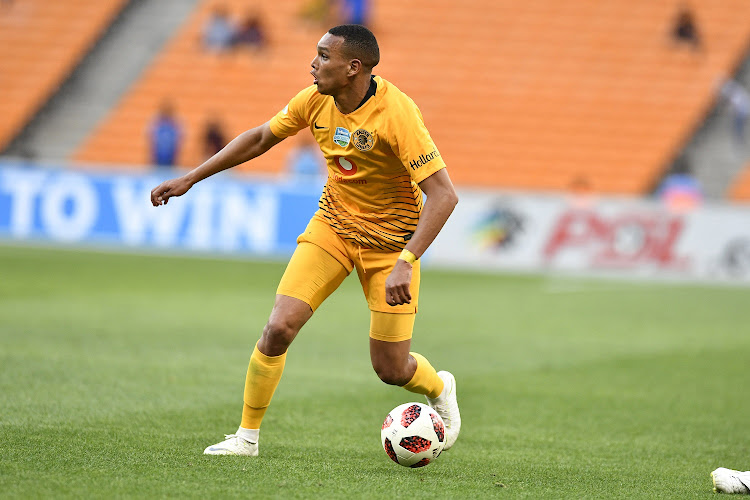 Ryan Moon disparages the popular notion that just because he is a tall centre-forward he is a one-dimensional striker who is mostly only dangerous in the air.

Moon (22) had a decent scoring run in the first team last season. He has had a frustrating‚ stop-start 2018-19‚ where he was out of favour under Chiefs’ first coach of the campaign‚ Giovanni Solinas‚ and is yet to score despite earning more game time now under Ernst Middendorp.

The beanpole centre-forward wants to dispel the perception‚ as Chiefs meet Chippa United in Saturday night’s Nedbank Cup semifinal against Cape Town City at Nelson Mandela Bay Stadium (kickoff 8.15pm)‚ that he only really has strength in the air to offer.

“I can play with the ball at my feet. With me‚ if the ball comes anywhere I’ll put it away‚” the former Maritzburg United youth product said.

“I think it’s good that people think that it’s only when it’s in the air‚ because then when it comes on the floor I’ll be ready to score.

“I know my strengths‚ I know I can score anywhere. Even if it hits you on the shoulder‚ a goal is a goal as a striker. I need more goals‚ and that’s what it is.”

Moon is not letting it worry him that he is yet to score this season from 12 appearances. With 11 of those as a substitute‚ it has been extremely difficult for the striker to establish any sort of sharpness in front of goal.

“I think it wasn’t really a great start to the season‚” Moon said.

“I haven’t been getting a lot of regular game time. So it hasn’t been a nice momentum going into it.

“I think now it’s just to listen to what the coaches want from me as a player. And if we can go win this cup without me scoring‚ that’s the main thing.

“Obviously I want to score. But it’s not about me‚ it’s about the club.”

Chiefs need a win against Chippa to keep alive their last hope at preventing an unprecedented fourth season without a trophy.

“I think it’s going to be a very difficult game. Chippa have good form in the cup‚” Moon said.

“I think it’s important that we go in focusing on our strengths‚ on what we are good at.

“Our strengths are‚ and I think we’ve shown glimpses of it throughout the season‚ but we’ve just needed to be more consistent at it‚ are our combination play and our movement forward.

“And especially now under coach Ernst‚ it’s improved a lot. We just need to improve on our decision-making in the final third and then we could score a lot more goals and really put teams away.”

Chiefs beat Cape Town City 2-0 in the semifinals. Chippa beat Bidvest Wits on penalties after a thriller that ended 4-4 by the end of extra time.