Steve Komphela says Kaizer Chiefs are hard to plan against 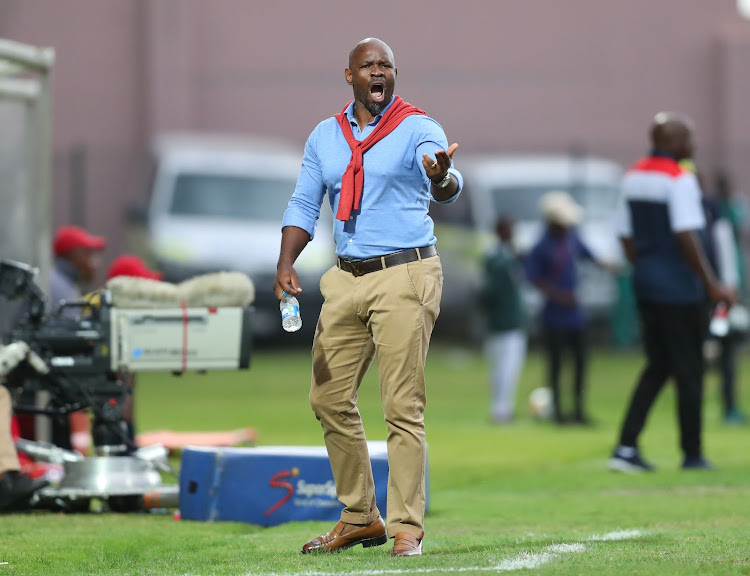 Steve Komphela has said he believed Lamontville Golden Arrows dealt well under the circumstances with Kaizer Chiefs’ awkwardness and adaptability under Ernst Middendorp in a 1-1 Absa Premiership draw at FNB Stadium on Tuesday night.

A feature of Middendorp’s tenure at Chiefs since December has been the growing confidence displayed by his players adapting to various systems‚ and the as varied and sometimes unusual roles they are asked to play within those systems.

Komphela said this makes the current Amakhosi hard to plan against. The Arrows coach said this was the reason his team appeared flat in the match against his old side.

Abafana Bes’thende profited from practically their lone chance against the run of play with Nduduzo Sibiya’s 33rd-minute opener.

Chiefs spurned a flow of opportunities and struck the crossbar three times before Kgotso Moleko finally buried an equalising header in the 77th minute.

Kaizer Chiefs plucked a draw from the jaws of victory, having to settle for a 1-1 scoreline that belied their almost complete domination of ...
Sport
2 years ago

“There is a tendency to probably look at a team’s inefficiency when the other team was dominant‚” Komphela said after the game.

“Whether we were flat or we had to resist [is open to question]. And even in the pre-match interviews I said it was going to be difficult.

“How many of us follow matches where Chiefs are playing‚ and Ernst has been the coach‚ where they are not one-dimensional‚ throwing a lot of things at you and all that.

“And you cannot then tweak and twist everything simultaneously – you are dealing with human beings and players to receive that information.

“So you are trying to keep to a structure that doesn’t have to be manipulated too much‚ irrespective of the changes that are coming.

“But it wasn’t flat. You could see them coming‚ then Parker has to come out [wide] because it’s congested there‚ and when he receives he’ll be facing that way [away from goal]. He shouldn’t be allowed to turn‚ because when he does they will murder you.

“Let him drift out – be patient. And in a match of this calibre if you are not patient‚ and you’re thinking‚ ‘Our shape is too flat‚ let’s come out’‚ and you are too brave‚ you are going to get hurt.

“So I thought we did well in that regard.”

Pitso Mosimane: 'I don't know how many points we really have'

Komphela downplayed Arrows’ disappointment of a Nedbank Cup semifinal defeat against National First Division (NFD) TS Galaxy on Saturday as a contributing factor in a performance where his team were fortunate to walk away with a point against Chiefs‚ but admitted it might have played a role.

“The weekend – surely you do feel the effects. These are human beings‚” Arrows’ coach said.

“But if you are a champion you have to fall 11 times then come out the 12th time – then you will achieve what you want.”