Will the final placings in the top two divisions in SA football be decided in the courtroom? 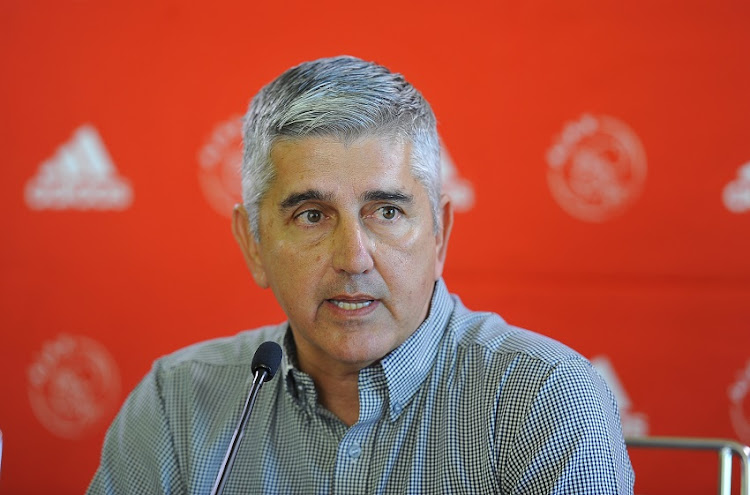 The final placings in the top two divisions in South Africa this season could be decided in the courtroom with Ajax Cape Town set to challenge the arbitration involving Tshakhuma Tsha Madzivhadila in the National First Division.

It was also revealed on Tuesday evening that the Premier Soccer League will challenge the sanction of their Disciplinary Committee in the matter involving Wayne Arendse and Mamelodi Sundowns as they seek a more severe punishment‚ which could end up having a bearing on the Absa Premiership title race.

Ajax are unhappy with the punishment handed down to the TTM after the latter were found guilty of a breach of league rules‚ which state that teams in the second-tier must field two players in the Under-23 age bracket at all times.

TTM failed to do this in their 3-0 victory over TS Sporting on April 20 and were found guilty by a PSL DC.

The club was fined R30‚000‚ 50 percent suspended for 12 months‚ and ordered to pay the costs of the sitting.

Mamelodi Sundowns have one hand on the Absa Premiership with one round of league fixtures remaining.
Sport
3 years ago

The league challenged this ruling in arbitration‚ but lost‚ and Ajax have now picked up the baton by taking the matter to the High Court.

Their interest lies in the fact that they finished level on points with TTM at the end of the regular NFD league season‚ but behind on goal-difference.

If the Limpopo club are stripped of points‚ Ajax will move to third place in the league and into the promotion play-off positions.

Ajax CEO Ari Efstathiou is in the Netherlands for tonight’s UEFA Champions League semi-final between mother club Ajax Amsterdam and Tottenham Hotspur‚ and told TimesLIVE that he would only comment after Friday’s court appearance.

It is the second year running that Ajax have been involved in court battles at the end of the campaign‚ as they fought in vain to be included in the play-offs at the end of last season‚ though on that occasion as a top-flight team battling relegation.

They had been sanctioned by the league for fielding Zimbabwe international Tendai Ndoro‚ despite being the striker’s third club of the season‚ in contravention of FIFA rules.

It was a battle they would ultimately lose‚ but their bid to have the arbitration set-aside in this instance threatens the start of the play-offs again.

The Premier Soccer League (PSL) have appealed the decision of their own disciplinary committee (DC) in respect of the sanction against Mamelodi ...
Sport
3 years ago

They are due to start in a week’s time on May 15 when TTM travel to NFD runners-up Royal Eagles.

It is not just in the second-tier where courtroom battles loom though‚ the PSL are also challenging their own DC in the Arendse-Sundowns matter after they were not happy with the punishment handed down.

Sundowns were found guilty of fielding defender Wayne Arendse in the Absa Premiership against BidVest Wits when he was originally not listed on their team sheet.

Arendse was brought down from the stands just minutes before kick off as an emergency replacement for Thapelo Morena‚ who hurt himself in the warm-up before the league match in Atteridgeville in October.

The player and the club were fined‚ but the league feel the punishment warrants a points deduction.

Sundowns are currently two points ahead of second-placed Orlando Pirates at the summit of the Absa Premiership with one round remaining.

The match against Wits last October ended 1-1 and should Sundowns lose that point‚ and the game be awarded 3-0 to Wits‚ it would bring the latter back into the reckoning at the top of the table.

However‚ if there is a scenario where Sundowns are denied by a decision made in arbitration‚ it is virtually certain that the matter will also be headed for the High Court in the near future.