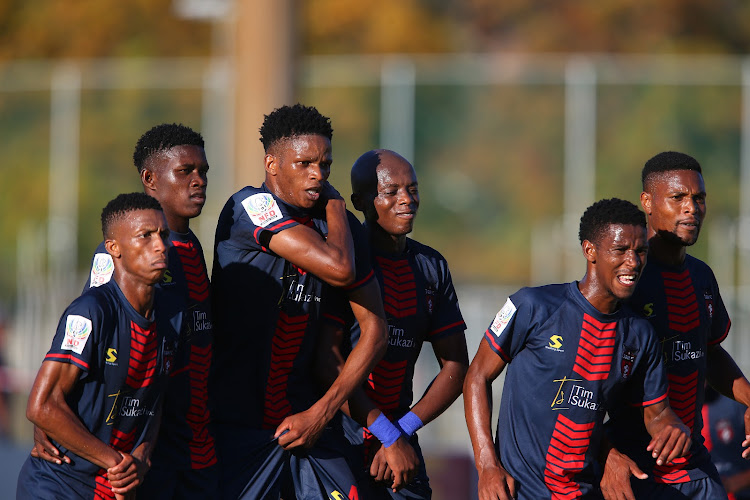 National First Division (NFD) side TS Galaxy will have the opportunity to create history when they meet Kaizer Chiefs in the final of the Nedbank Cup in Durban on Saturday‚ seeking to become the first ever second-tier side to lift the trophy.

A number of lower division sides have reached the final before and lost – Pretoria City‚ Mpumalanga Black Aces‚ University of Pretoria and Black Leopards – but Galaxy might fancy their chances against a brittle-looking Chiefs side.

It would certainly be a surprise were Chiefs’ squad of millionaires to be humbled by a team that only came into existence this season‚ and would go down among the biggest shocks in South African football history.

Here is a list some of the country’s most famous minnow wins down the years.

TS Galaxy Dan Malesela is confident that his 10-month old National First Division charges are ready for whatever Kaizer Chiefs throws at them in the ...
Sport
3 years ago

Highlands Park were league champions in 1980 but they fell in the first round of the Mainstay Cup (Now Nedbank Cup) to second-tier Mamelodi United‚ who scored the winning goal in extra time through Jan Msiza to win 3-2.

They later won promotion to the top-flight as well‚ but in 1983 were relegated as another team from Mamelodi became a force … Sundowns.

Hellenic finished in the top six in the league in 1996 but lost in the first round of the Bob Save Super Bowl 1-0 to Park United on the night the Premier Soccer League was officially launched.

It was the second successive season the amateurs had taken a top-flight scalp after beating Vaal Professionals the year before.

Hellenic lost to Mannenberg Dolphins in the first round the next year. Upstarts Bloemfontein Young Tigers had two easy rounds in 1998 but then beat high-flying Santos 2-0 in the Bob Save quarter-finals before Chiefs knocked out in the last four.

It was after that game that the Cape side bought forward Abram Raselemane‚ who went onto play for Bafana Bafana‚ from Tigers.

Surprise Moriri and Koketso Mmotong were unknowns from the second division when they scored the goals for Silver Stars that beat Orlando Pirates 2-0 in the second round of the Absa Cup in 2003.

Owen da Gama’s Stars were then beaten by Jomo Cosmos in the quarter-finals but won promotion the same season.

NFD side Ikapa Sporting pulled off a surprise with victory over top-flight Bloemfontein Celtic in a Nedbank Cup tie that swung first one way and then the next.

Both Royal Eagles and Tshakhuma Tsha Madzivhandila will be licking their lips in anticipation ahead of the start of the Premier Soccer League’s ...
Sport
3 years ago

Just as it looked like extra-time would be needed‚ Sporting netted a winner through Kurt Lentjies‚ who would later move to Mamelodi Sundowns and Maritzburg United.

Mpumalanga Black Aces became the first lower league side since Florida Albion in the old whites only league in 1973 to reach the final of the major South African knockout competition.

But they played three lower league sides in 2008 before upsetting Free State Stars in the semifinal.

They would lose to Mamelodi Sundowns in the decider.

The University of Pretoria became the first lower league side since Seshego Stonebreakers in the late 1970s to beat Chiefs in a cup tie‚ winning a thrilling 4-3 triumph in the second round of the Nedbank Cup in 2009 with the decisive goal netted by Phenyo Mongala.

AmaTuks then upset Celtic and Ajax Cape Town to reach the final.

Chiefs lost to a Lyle Lakay-inspired FC Cape Town in the 2010 Nedbank Cup‚ but worse was to follow as they went down 2-1 to Limpopo minnows Baroka FC‚ the first and only time they have lost to third-tier opposition.

It would be a third season in a row in which they were ousted by lower league teams.

Perhaps the greatest shock of all was when Maluti FET College hit the headlines with a stunning 4-1 victory over Orlando Pirates.

At the time campaigning in the Free State ABC Motsepe League‚ Maluti banged in four goals and could even afford to miss a penalty in a comprehensive cup upset.