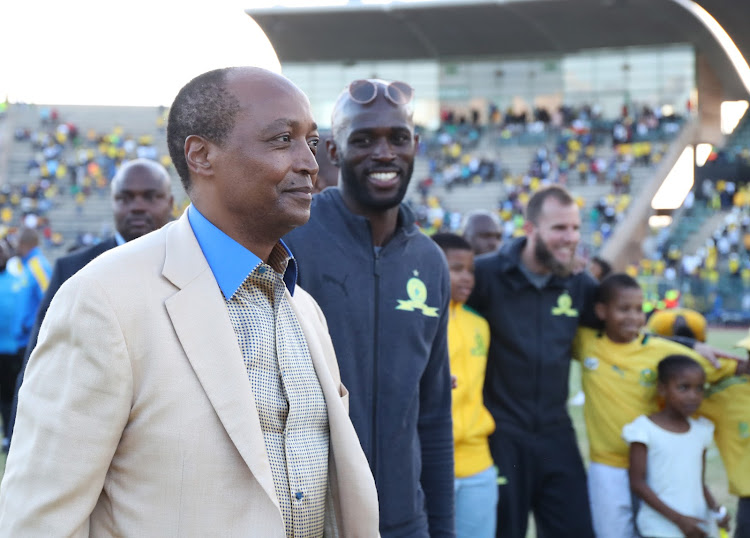 Mamelodi Sundowns president Patrice Motsepe has described the pending legal tussle with the Premier Soccer League (PSL) over the fielding of ineligible player Wayne Arendse as ‘dirty linen’ that must not be discussed in public.

The SA Football Association (Safa) are awaiting agreement of a date from the PSL for the arbitration involving the fielding of Arendse in a 1-1 league draw against Bidvest Wits in October last year.

Sundowns were found guilty and fined R250‚000‚ half suspended. The PSL are appealing the sentence asking that a 3-0 victory be awarded to Wits.

The arbitration that was to be held at Safa did not go ahead on Friday last week as the PSL had hoped and Sundowns were crowned league champions 24 hours later with the matter still unresolved.

“I have a duty towards Sundowns and the supporters but the key issue is that we don’t discuss dirty linen amongst family members in public‚” Motsepe said.

“We all have a duty to make sure that this league continues to be ethical and there must always be integrity.

"I am part of that old boring school that says some of the issues I have to leave them because its dirty linen.

"We will find time and discuss these issues with the relevant stakeholders.

"As long as there is dirty linen in the PSL that involves family members‚ we don’t discuss it in public.

"We will close the door and discuss it behind closed doors.”

Following their 1-0 victory over Free State Stars‚ who were relegated to the National First Division as a result of defeat‚ Sundowns finished two points ahead of Orlando Pirates on the log standings.