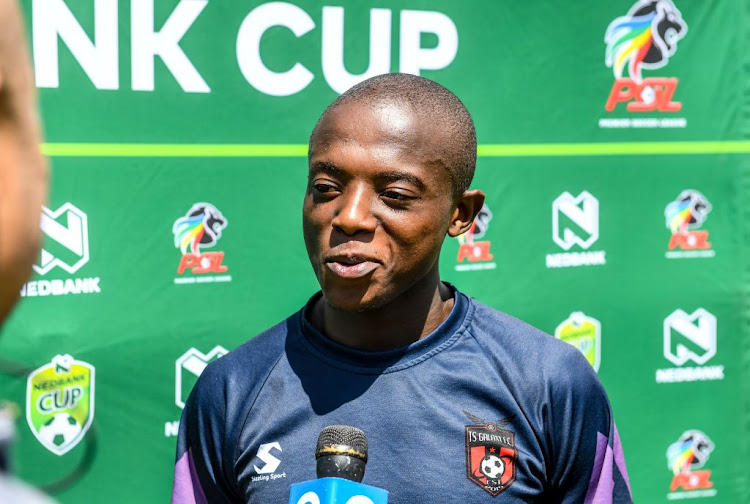 TS Galaxy striker Zakhele Lepasa grew up in Snake Park in Soweto supporting Kaizer Chiefs and it was his soccer-loving mother Ohopolang Monyai who influenced the decision to follow Amakhosi.

But Lepasa‚ who is loan to Galaxy from Orlando Pirates‚ echoes many disgruntled Chiefs supporters and feels that “things are no longer the same” at the Naturena club he started supporting as a toddler.

The striker is crossing his fingers that his mother will make the trip to Durban's Moses Mabhida Stadium and will be in the stands when lower tier Galaxy takes on Chiefs in the Nedbank Cup final on Saturday.

“My mom is very happy.

"She is a football fan and she has to support me on Saturday‚” says Lepasa.

“I think it will be weird though (for her to support Galaxy rather than Chiefs) because she used to take me to FNB Stadium when I was young and I used to support Chiefs too.

“To be honest‚ though‚ things are no longer the same there‚ but hey‚ it’s still Kaizer Chiefs.

"But my mom has said she’s going to support us‚ she has to.”

Lepasa contributed immensely to Galaxy's fairytale run to Saturday’s final and he scored two extra-time goals in a 3-1 win against Lamontville Golden Arrows in the competition’s semifinal in Durban last month.

That brace also helped secure Lepasa a place on the nomination list for the Nedbank Cup Player of the Tournament award alongside seasoned Chiefs campaigners Khama Billiat and Bernard Parker.

Lepasa has also been nominated in the competition’s Most Promising Player category with teammate Terence Mashego and Chiefs' Siphesakhe Ntiyantiya.

Lower tier upstarts TS Galaxy are seemingly unfazed by the cauldron atmosphere they are set to face in the Nedbank Cup final against traditional ...
Sport
3 years ago

The 22-year-old Lepasa was relaxed as he spoke about the burden of expectation on him and against a pedigreed Chiefs side that has won 13 finals of the tournament that was founded in 1971.

“(The expectations) do not put me under any pressure‚” said Lepasa.

“Football has pressure on its own but I think it’s also good for my growth and my career.

“People will start noticing me‚ start to ask who this person is.

"But it’s not easy because when that happens it means every team plans against you.

“For me it means I must come up with new ways of playing because they will target you as a player‚ which is why after the game against Arrows it was difficult for us to score in the last two league games.”

Lepasa credited Galaxy coach Dan Malesela for the influence he’s had on the side and also pushing all the players to fight their way to the final.

“The coach is too much of a perfectionist‚” said Lepasa.

“He pushes us and if you don’t have a strong heart‚ you won’t play. He hammers everyone.

“Even after I scored a brace (against Arrows)‚ you would think he'd be happy and everything would be fine.

“No‚ he was still hammering me‚ saying I could have done more.

"He’s never entirely happy‚ which is sometimes good for us.

“At first you will feel like he doesn’t like you‚ but that’s not the case. He always wants us to do the best.”