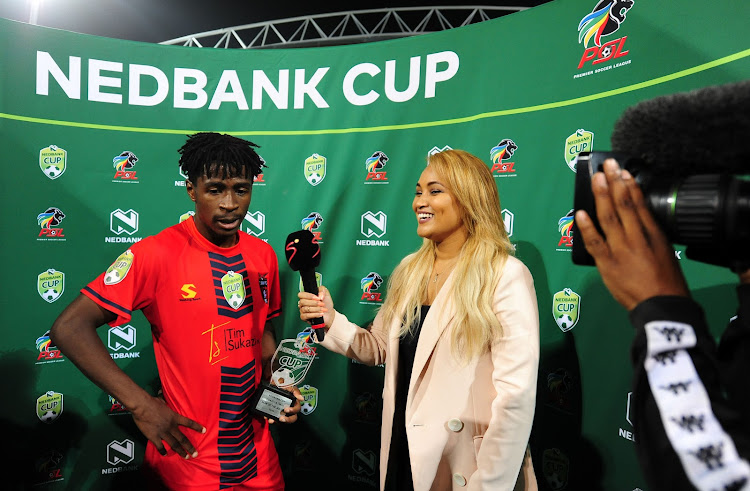 Kaizer Chiefs' greater experience and star pedigree will make them overwhelming favourites in Saturday's Nedbank Cup final against National First Division (NFD) side TS Galaxy‚ but that does not mean their opponents are to be taken lightly.

Galaxy are a well-oiled unit under coach Dan Malesela‚ who has stuck to his principles of playing organised‚ attacking football.

There are a number of potential match-winners within the Galaxy squad‚ which is filled with players eager to catch the eye of the country's elite and use the Nedbank Cup platform to further their careers.

TimesLIVE looks at five players Chiefs will have to watch closely.

Lower tier upstarts TS Galaxy are seemingly unfazed by the cauldron atmosphere they are set to face in the Nedbank Cup final against traditional ...
Sport
3 years ago

Left-back Mashego has missed just two of Galaxy’s 35 games in all competitions this season and provides both a steadying influence on defence and also an attacking weapon going forward.

The former Mthatha Bucks star has excelled in this campaign and at the age of just 20 looks to have a bright future ahead of him.

His performances have not gone unnoticed and he has been nominated for the Nedbank Cup Most Promising Player award.

National First Division side TS Galaxy will have the opportunity to create history when they meet Kaizer Chiefs in the final of the Nedbank Cup in ...
Sport
3 years ago

Defensive midfielder Ndlovu may have a point to prove after he was signed by Chippa United before the start of this season but weeks later released to link up with Galaxy‚ his dream of playing top-flight football quashed.

He was one of a number of players swept in and out of Chippa at the time as the club’s chaotic transfer dealings reached new levels of farce.

He had been playing for Cape Town All Stars in the second-tier‚ and with that franchise having been sold to form Galaxy‚ he returned to the club and moved to Mpumalanga.

He has been a rock in the midfield for Malesela and played every minute of their Nedbank Cup campaign to date.

Kaizer Chiefs will be odds-on favourites to lift the Nedbank Cup when they take on National First Division side TS Galaxy in the final at the Moses ...
Sport
3 years ago

Attacking midfielder Nduli has had his breakthrough season as the 23-year-old stamped his authority in the NFD with some outstanding displays.

He started his career with third-tier eThekwini Coastal before making the switch to Cape Town All Stars at the start of last season.

He battled to make the breakthrough in the Mother City though and spent half of the season on loan at Witbank Spurs.

There he appeared to find his confidence and this campaign he has featured in 28 games for Galaxy‚ including all of their Nedbank Cup fixtures.

TS Galaxy Dan Malesela is confident that his 10-month old National First Division charges are ready for whatever Kaizer Chiefs throws at them in the ...
Sport
3 years ago

Perhaps ‘the’ dangerman for Chiefs‚ Mdlinzo is both a creator and scorer of goals with his all-action box-to-box style winning plenty of admirers up and down the country.

He is one of the few players in the squad that has played Absa Premiership football having turned out for Chippa United between 2016 and 2018‚ without really being able to convince of his quality.

His game has ‘clicked’ this season though and he has been superb‚ not just in the league but also Galaxy’s run to the cup final.

Now 27‚ he also has greater experience and started for Chippa when they beat Chiefs 1-0 in December 2017.

The talk of the town‚ Lepasa is actually on the books of Orlando Pirates‚ so will have plenty of motivation to put one over their great Soweto rivals.

The 22-year-old’s career looked in the doldrums just a few months ago though‚ before an excellent run of form since signing for Galaxy‚ which includes three goals in the Nedbank Cup.

He spent the first half of this season on loan at Stellenbosch FC‚ but barely got a kick‚ before switching to Galaxy in January.

Since then he has scored eight goals in 10 starts in all competitions and been nominated for both the Nedbank Cup Player of the Tournament and Most Promising Player awards.

Ernst Middendorp does not want to dwell too much on the setback it might represent for his second tenure at Kaizer Chiefs if the Soweto giants were ...
Sport
3 years ago