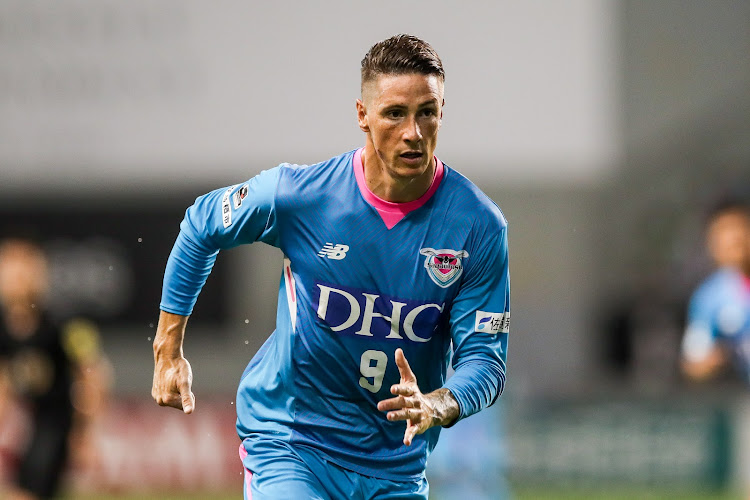 They have four World Cup winners medals between them but the J.League’s high-profile recent recruits, including Andres Iniesta and Fernando Torres, have struggled to make an impact this season.

Spaniard Iniesta, who plays for Vissel Kobe alongside compatriot David Villa and German Lukas Podolski, was hoping to deliver a first ever J.League title for the team bankrolled by Japanese e-commerce giant Rakuten.

The club have, however, now lost seven games in a row in all competitions and are languishing in 13th place in the 18-team league.

Torres’s Sagan Tosu, who narrowly avoided relegation last season, are in even greater trouble, stranded at the bottom of the table with just two wins from 11 games.

The 35-year-old former Spain striker has failed to get on the scoresheet once this season during nine appearances for the club.

Sagan Tosu’s dire form has prompted reports in the Spanish media that Torres will be seeking a move to Mexican club Atletico de San Luis, who are part-owned by his former club Atletico Madrid, this summer.

Having absorbed everything Liverpool could throw at them in a titanic Premier League title battle, Manchester City will retain their crown with ...
Sport
3 years ago

There is no indication that Iniesta, Villa or Podolski will look to abandon ship at Kobe, despite suggestions of internal turmoil at the club.

Last month, coach Juan Manuel Lillo departed and Iniesta took over as captain from Podolski, who took to social media to express his displeasure at the decision.

“Stop expecting loyalty from people who can’t even give you honesty,” Podolski’s post read. Podolski, never one to shy away from speaking his mind, also spoke of the communication difficulties within the squad after last month’s loss to Urawa Reds.

“I’ve always stressed communicating face-to-face, but as a team we’ve struggled to create stability,” Podolski said, according to the Japan Times.

“It’s disappointing that we’re not able to contend for a title in the state we’re in. We can’t win in those conditions we need to figure out how to get out of that situation.”

Kobe have not been helped by injuries, with all three of their big name players spending time on the sidelines this season.

However, after such lucrative investment, Kobe’s fans have been left disappointed by what is looking like a lost season.

Other, lower-profile, foreign imports have had greater success in the J.League this season.

Brazilian Diego Oliviera has scored seven goals to help fire unfancied FC Tokyo four points clear at the top of the table as the club bids for a first league title.