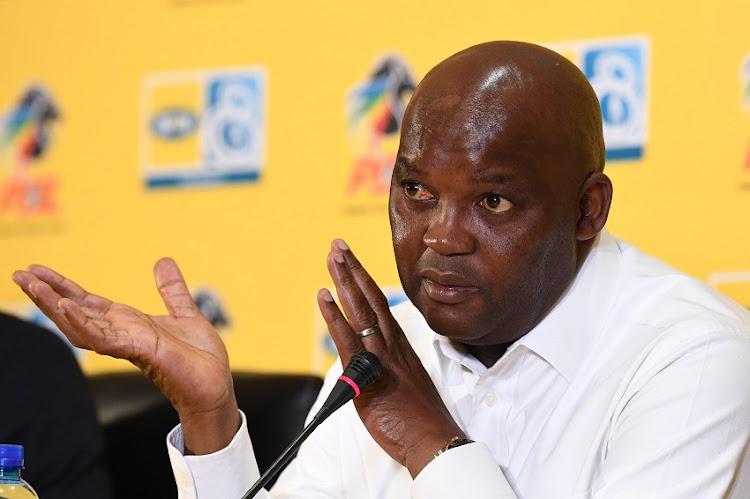 Pitso Mosimane had the biggest appointment of the year scheduled on Thursday afternoon and he was determined to be on time.

The Mamelodi Sundowns coach has been unable to pick up his son from school because of a punishing schedule that included competing in the Champions League‚ defending the league title at home in South Africa and working towards a CAF Pro License in Morocco.

This is one parenting chore he was determined to honour after leading Sundowns to the league title a few days ago and as he was determined not keep his son waiting‚ he ended a meeting in Rosebank‚ Johannesburg‚ on Thursday‚ and rushed to young Mosimane's school.

“I have to pick up my child at 3.30pm and I have missed fetching him from school‚” he said.

“I enjoy that feeling of taking his school bag and putting him in the car.

"I usually don’t have that time and it is something else.

"It means a lot to me to be able to do that with him as a father.

"Since the league finished‚ I wake up in the morning to take him to school because I enjoy doing it and there is no better feeling than that‚” he said‚ adding that he cherishes the moments they spend together talking in the car on the drive home.

“I need to speak to him‚ when we are together in the car there are no gadgets or anything like that because we just talk.

“You know how we the older guys grew up in the township‚ I am from that generation where we almost did things on our own.

"I have missed this opportunity of doing things with my son‚ you know that we grew up on the streets with no one taking us to school and stuff like that.

“As a young boy‚ I never went for holiday with my father‚ that is how we grew up and the only thing we knew was to play football.

"I want to bond with my children and the rest of my family‚ my daughter is at varsity now and I didn’t have enough time with her.

"I don’t see them enough and unfortunately football does not correspond with school holidays because when they close I return back to work.”