Kaizer Chiefs aim to end a four-year tale of woe 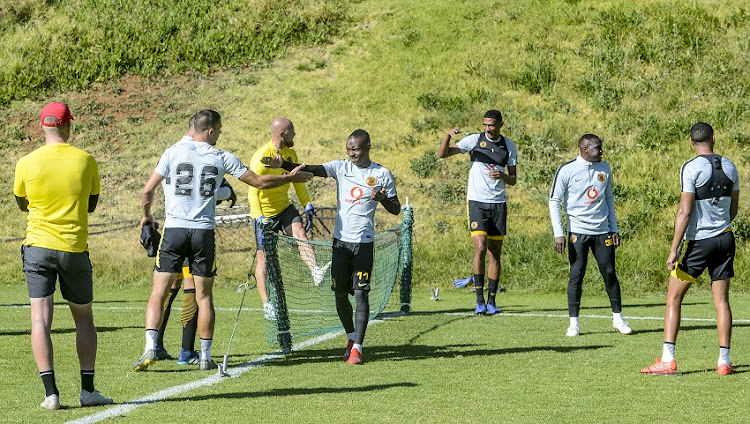 Kaizer Chiefs players will be hoping to end the club’s longest trophy drought in their history when they take on National First Division side TS Galaxy in the Nedbank Cup final in Durban on Saturday.

It has been four years since Chiefs last lifted silverware when they claimed the Absa Premiership title at the end of the 2014-15 season‚ though they have come close with some knockout final defeats since.

Coach Ernst Middendorp will be desperate for some cheer after the side finished a record low ninth in the Premier Soccer League (PSL) with the club’s worst-ever points total. The humiliation of losing a major cup final to a lower league team could spell the end of his return to Naturena.

TimesLIVE looks at how Chiefs have fared in the domestic competitions since they last lifted a trophy.

MTN8: Chiefs made the final of the MTN8 in coach Steve Komphela’s first season after seeing off Maritzburg United in the quarterfinals and Bloemfontein Celtic over two legs in the semis. They were edged 1-0 by Roger de Sa’s Ajax Cape Town in the decider though.

Telkom Knockout: Chiefs made a second successive final under Komphela‚ but were again on the losing side as they were well-beaten 3-1 by Mamelodi Sundowns in Durban. Amakhosi edged Orlando Prates on penalties in the semifinals‚ and also beat Platinum Stars and Cape Town City.

Nedbank Cup: Chiefs suffered a first-round exit at the hands of Orlando Pirates as Tendai Ndoro scored both goals in a 2-0 win for the Buccaneers.

MTN8: Chiefs suffered a quarterfinal exit at the hands of newly-formed Cape Town City as Australian Matt Sim netted the only goal in what was just the second-ever game for Eric Tinkler’s side.

Telkom Knockout: After beating Maritzburg United on penalties in the last-16‚ Chiefs went out via spot-kicks in the quarterfinals after a 2-2 draw with Free State Stars.

Nedbank Cup: Amakhosi ousted lower league sides Stellenbosch FC and Acornbush United on their way to the quarterfinals‚ where they were dumped out of the competition by SuperSport United on penalties after a 1-1 draw.

MTN8: Chiefs were ousted in the quarterfinals for the second year running and again they were undone by Tinkler‚ who had now moved to SuperSport United and would go on to lift the trophy. Jeremy Brockie got the only goal.

Telkom Knockout: Chiefs had a run to the semifinals after wins over AmaZulu and Chippa United‚ but then lost 1-0 to Bidvest Wits with the final in sight. James Keene scored the only goal of the game.

Nedbank Cup: Another semifinal appearance for Chiefs‚ though this would be a costly one as their fans rioted following a 2-0 loss to Free State Stars and the club were fined and told to play two matches behind closed doors. They had secured wins over Lamontville Golden Arrows‚ Stellenbosch FC and Baroka FC in their way to the semis.

MTN8: Chiefs’ nemesis SuperSport United booted them from the competition again‚ but this time in the semifinal stage. Amakhosi defeated Free State Stars 3-0 in the quarters‚ but lost 3-2 on aggregate to Matsatsanta in the next stage. Bradley Grobler scored all three goals for United.

Telkom Knockout: Chiefs were again semifinalists this season‚ but suffered the ignominy of a defeat to bitter rivals Orlando Pirates at that stage as they lost 2-1. It certainly rubbed salt in the wounds. They had beaten Black Leopards (on penalties) and SuperSport United before that.

Nedbank Cup: They compete in Saturday’s final against TS Galaxy. Watch this space.